I don’t need political experience to be president – Yul… 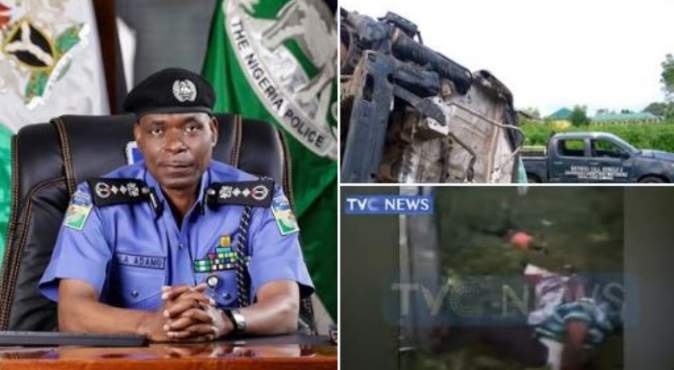 SAHARANEWS – Soldiers who opened fire on three policemen in Taraba state were ordered by a captain, New Telegraph quoted sources as saying.

The senior military officer is believed to be part of those benefiting from the largesse of Hamisu Wadume, the suspected kidnap kingpin whom the police officers had gone to arrest.

A source was quoted as saying the wanted kidnap suspect, who has been generous to soldiers in Ibi, paid a ransom of N1.5 million when one of the soldiers was kidnapped few months ago.

While the police had accused the army of killing their men and freeing Wadume, the army said soldiers mistook the policemen, who were on a covert operation, for kidnappers.

Since the incident happened, the police and army have had exchanges, with police asking the army for the whereabouts of the kingpin who had already been arrested before the soldiers struck.

According to the army, the officers, who were members of the police’s intelligence response team (IRT), were shot over refusal to stop at checkpoints mounted by the soldiers.

But the newspaper quoted sources as saying the policemen had earlier encountered the soldiers at the three checkpoints, and they had introduced themselves, stating what they came for.

“They even chatted, joked and exchanged pleasantries,” one of the sources reportedly said.

“The arrest was made within 20 minutes and while they were returning, soldiers at the first and second checkpoints asked them if they were already through. The soldiers and operatives know one another, but the phone call from a top military personnel changed everything.”

ALSO READ:  "I Am In High Spirit" - Sowore Charge Supporters To Remain Resolute And Not Give Up Hope For A New Nigeria

The policemen, the newspaper said, were taken unawares, and they lost control of their vehicle which somersaulted under the torrents of gunshots.

The source said: “When the operatives got to Ibi town, they booked their arrival at the police station and proceeded with assistance from a policeman attached to them in the state headquarters, Jalingo, to trace and arrest Alhaji Hamisu Wadume, who is wanted because he is linked to several kidnappings in Taraba State, including a recent kidnapping in which N100 million was collected as ransom.

“After arresting Wadume, the operatives were heading to police headquarters at Jalingo, when gang members of Wadume, who are close to an army captain serving in Ibi town, called the army and told him that his friend had been kidnapped. Without any verification or inquiries, the army captain ordered his men along the highway to ambush the policemen.”

Sagir Musa, army spokesman, did not immediately respond to a message seeking his reaction over these allegations.

CHECKPOINTS KILLINGS: IPOB Calls For Immediate Removal Of All Military Checkpoints In South-East