Produce Young Leader To Resist Fulani Taking Over Your… 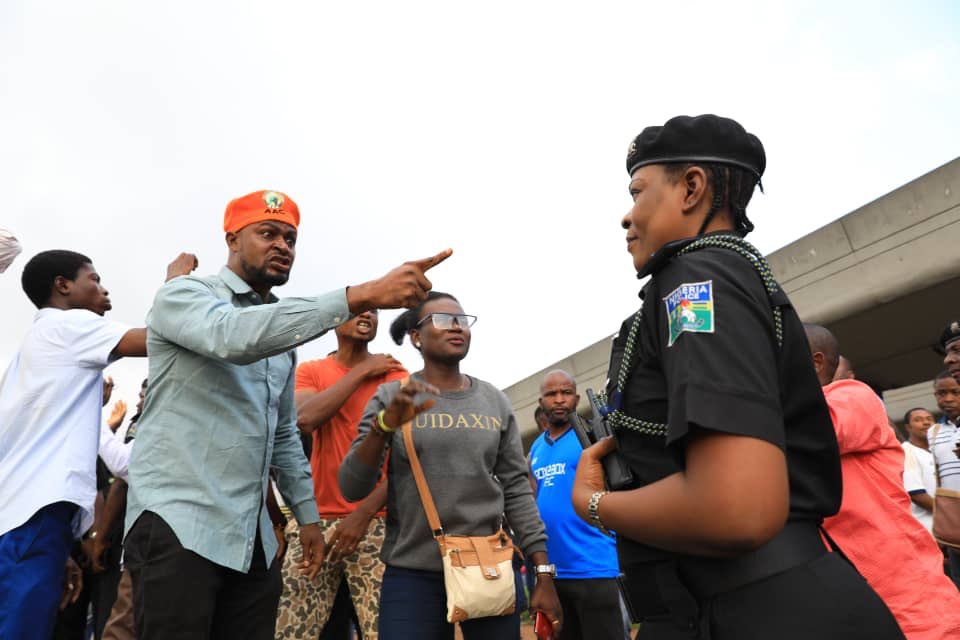 SAHARANEWS – The Coalition For Revolution (CORE), a group led by detained 2019 presidential candidate of the African Action Congress (AAC), Omoyele Sowore, and its allies, have vowed to resume protests demanding revolution in Nigeria.

Co-convener of the group, Mr. Olaseni Ajai, made the announcement to newsmen on Friday in Lagos.

He disclosed that, Monday August 19, 2019 has been fixed for the continuation of the protest tagged #RevolutionNow across Nigeria.

Noting that the protest was not calling for removal of the Buhari-led government, Ajai said: “the incumbent government, having failed to deliver good governance to the Nigerian people.”

“For the avoidance of any doubt, we hereby reiterate our five core demands: An economy that works for the masses; An effective and democratic end to insecurity; An end to systemic corruption and for total system change; The immediate implementation of the N30,000 minimum wage; including free and qualitative education for all,” he said.

Ajai said: “The order described as being renewable, reminds one of nothing but the military days of tyranny.”

He expressed worry that government is trying to reintroduce Decree 2, an order that was used to unlawfully detain many Nigerians without trial during the past military administrations under maximum rulers.

“We vehemently condemn this Decree 2 in disguise that has found its way back into our democracy. We urge Nigerians and lovers of democracy to resist this.” Ajai added.

On the statement issued by the presidency that the August 5 protest was not successful, a member of the CORE movement, Mr. Lere Legacy, said: “The protest was successful in 21 cities, 17 states and 6 countries with over 30,000 people joining the conversation online in few hours of its commencement.

“Indices of growth are falling and the level of unemployment between 2018 and the first quarter of this year increased by 30%. Those with meaningful employment as of today are less than 40%. There’s acute poverty and insecurity everywhere”.

On his part, Deputy Director, Joint Action Front (JAF), Mr. Achike Chude said: “The groundswell of opinion is that there is no basis for detaining him. Government should release Sowore and do the needful. The needful is to provide for the people using the people’s resources.

“They have been given a mandate by the people; a mandate that must be directed towards the interest and the welfare of the people. If they undermine that themselves, then they put themselves in a situation where people begin to ask questions and power lies in the hands of the people.”

BREAKING: Gov Wike Vows To Pay The N30m Bounty He Promised After The Army Capture The Notorious Kidnapper Bobrisky