Biafra: IPOB tells members what to do ahead of Nnamdi… 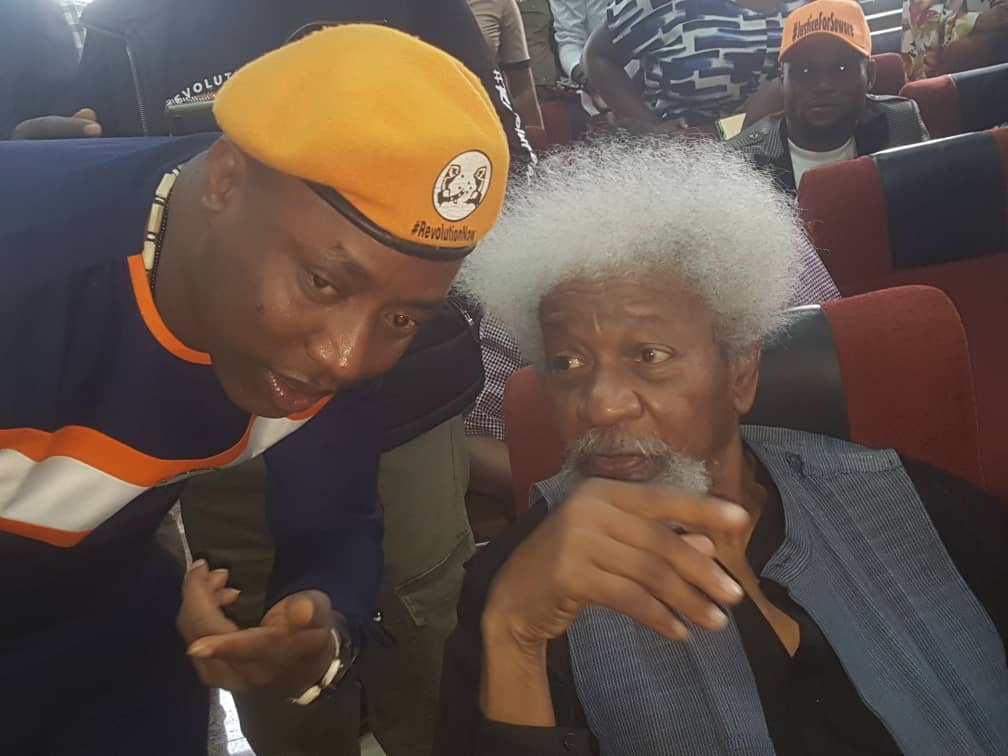 SAHARANEWS – Nobel laureate, Wole Soyinka, and Senator Shehu Sani have attended the trial of the convener of #RevolutionNow Movement, Omoyele Sowore, at the Federal High Court in Abuja.

Prof. Soyinka arrived on Wednesday around 8:50 am, five minutes before Sowore made his way into the court.

Sowore and his co-accused, Olawale Bakare, were arrested on August 5, 2019, by the Department of State Services (DSS) and charged with treasonable felony, fraud among others.

He was released after being detained for 124 days but forcibly rearrested at a Federal High Court in Abuja less than 24 hours after his release.