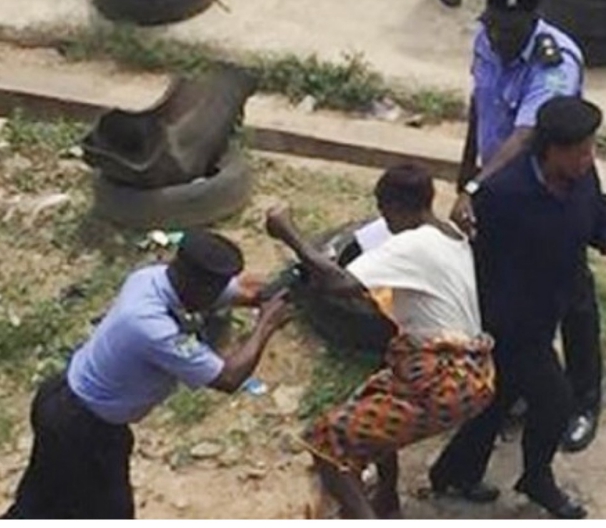 SAHARANEWS – Tell us more about yourself mama:

I don’t know when I was born. My parents were not educated. But I knew when one of my friends who should be of same age celebrated her sixtieth birthday. That was 10 years ago. Since, then I have been using her age as mine too. I am convinced we are of the same age. I will say I am 70 years old now. I am from Agboorule Compound, Osogbo. I have grown up children. My husband is a farmer. I live in my husband’s family house. I don’t know any vocation. I make fufu (cassava flour) and hawk around Osogbo to sell.

Where were you coming from on Monday when you joined the #RevolutionNow protesters?

I was hawking fufu.  I didn’t know that a protest was going on around Olaiya/Fagbewesa junction. I just ran into the protesters. Someone was to give me money for the fufu the person bought from me in a shop around there. I took Fagbewesa road to collect the money and that was when I saw the group of protesters who were mainly youths.

Were you aware of what the protest was about before then?

Initially, I was not. When I moved closer to the scene, I heard the protesters saying that Nigerians were suffering. I am a Nigerian and I am suffering. I dropped my fufu tray with someone selling soft drinks and biscuits nearby and joined the protesters.

Were you not afraid of the armed security agents at the scene of the protest?

I didn’t immediately notice those armed security agents at the scene. But I couldn’t continue hawking after listening to the protesters. Some of them were singing songs that exposed the suffering of masses in the country. I felt I should also join my voice to what was going on.

Did you stay with the protesters after noticing the armed police?

Why won’t I stay? If those young boys were not afraid of death and they stayed there, why should I run away? I am old and do not have many years more to live but I wish to enjoy my remaining years on earth.

What were you doing with the protesters when you joined them?

I was shouting that the hardship in the land was too much for the poor. We are hungry.  The government should come to our rescue. The economy is bad. No light, no good road. I do not have a mattress. I always sleep on the bare floor.

I only hear that life can be good when there are constant electricity, good road and other things. I want to experience these things. I sang and shouted with the protesters. I know I am suffering. I joined them because I know that the government can still make life better for me if they want to do it.Did the protesters give you any money to join them or buy the fufu?

What did the police do when they saw you with the protesters?

A policewoman dragged me to her side and two other male police officers joined her. One of them hit me with the butt of his gun around my waist, while the others kicked my legs. I fell and I was dragged on the floor.

I have been feeling pains all over my body since then. One of my hands is swollen. I can no longer use it to turn fufu on fire. Someone now assists me to turn fufu because I have to work and make money to feed myself. I lost money too. I tied it around my waist. I think it fell when I was being beaten and dragged by the police.

How much was the money?

I lost N3, 200. It was the gain I made from fufu last Friday and Saturday.

Why didn’t you keep it at home when you wanted to hawk fufu?

I don’t keep money at home. I am not educated. I don’t use the bank and also, the money is not much. I tie money at the tip of my wrapper.

What did you do after policemen left?

I went to the drinks seller who kept the fufu for me, took the tray and continued hawking. Before I left Fagbewesa where the protest held, some people assisted me to clean my clothes as I was dragged on a dirty road. I hawked till around 4 pm and went home when I could no longer bear the pains.

How do you feel that a woman like you joined those that beat you?

She saw me as a helpless old woman and took advantage of that.  That was what it means to me.

What will you tell her if you see her?

I will thank her for assaulting me. I will tell her she should be ready to kill me next time there is a protest.

How much gain do you make daily?

How many hours do you hawk in a day?

I hawk for seven hours on most days. If I am unable to sell all the fufu, I will keep moving around the town. There are places I have already identified where I make more sales.

Is the daily gain enough to cater to your needs?

I have been managing. The money from my business has not been sufficient to cater to my needs. But I eat daily from my sales

Have you heard of Omoyele Sowore who is among the protest organisers?

Where are your children?

They are in their own houses. I stay in my husband’s family house as I earlier told you.

Are your kids educated?

Yes. Some of them have little education. I also have those staying with me who are educated. They do not have a job. One of them after schooling went to learn carpentry. My younger sister’s son also stays with me after his mother’s death.  He has completed the National Youth Service Corps programme. He is now a bricklayer because he couldn’t get a job.

Do you regret your action?

I don’t regret joining the protesters. If there is another protest, I will still join.

Are you not afraid of being killed?

How long have you been selling fufu?

I have started making and hawking fufu when I was young, before I got married.

What can make you quit hawking of fufu?

If I get other means of feeding myself and my dependants , I will quit. I am already fed up. I am not finding it easy anymore.

What did you do when you got home?

I went to a medicine seller in my area where I was given injections and some drugs.

Why didn’t you go to a hospital?

Won’t they collect money? I gave the man who treated me N1, 000. I still have a balance to pay him.

How much is the balance? 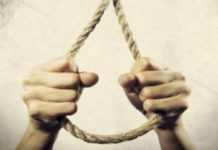 BREAKING: IPOB Members Reaches Out To A Biafran Activist On Verge... 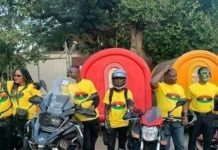 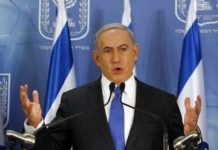 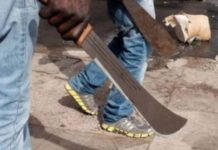