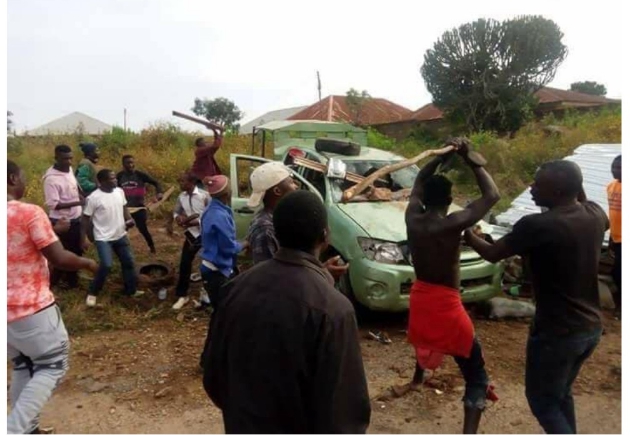 While Captain Adams is currently admitted at the Intensive Care Unit of the University of Port Harcourt Teaching Hospital, UPTH, Corporal Adebayo Adeosun is battling for survival at the Military Hospital, Aba Road, Port Harcourt.

Spokesman of the Command who led newsmen to the Hospitals said, “a statement will be issued to that effect.”

One of the victims, Captain Adams, while narrating his experience said, “At about 2300hrs we got information that some hoodlums were planning to attack the Obio-Akpor Local Government Area to disrupt the collation activity.

“When we got there, we met some Police Officers who we discussed with and told them about the security report we got. So we agreed that because of that report we will limit access into to Collation centre.

“Less than 10mins after, the convoy of the Rivers State Governor arrived with 30 to 40 other cars. Suddenly, some men in Police Uniforms stepped out of the vehicles and started shooting sporadically.

“When we saw the Governor we lowered our guards and stepped back. And as we are stepping back, the mob attacked us, lynched us and a bullet was released in my stomach.”

“They stopped PDP agents from gaining entrance into the Collation Centre at ABA Road. The movement has been restricted and free access given to APC leaders.

However, a 5-man committee from the INEC headquarters is being expected in Rivers |State after the suspension of the electoral process by the Commission.

INEC’s Head of Voter Education, Festus Okoye in a statement said the process was suspended because of widespread disruption.

BREAKING: Another Shocker For Okorocha As INEC Removes His Name From The List Of People To Collect Certificate Of Return, Nullifies Election That Produces Him