JUST IN: APC Chieftain Hails Court For the Sack Ayogu Eze as…

We Will Resist RUGA In Any Part Of Biafra Land – IPOB… 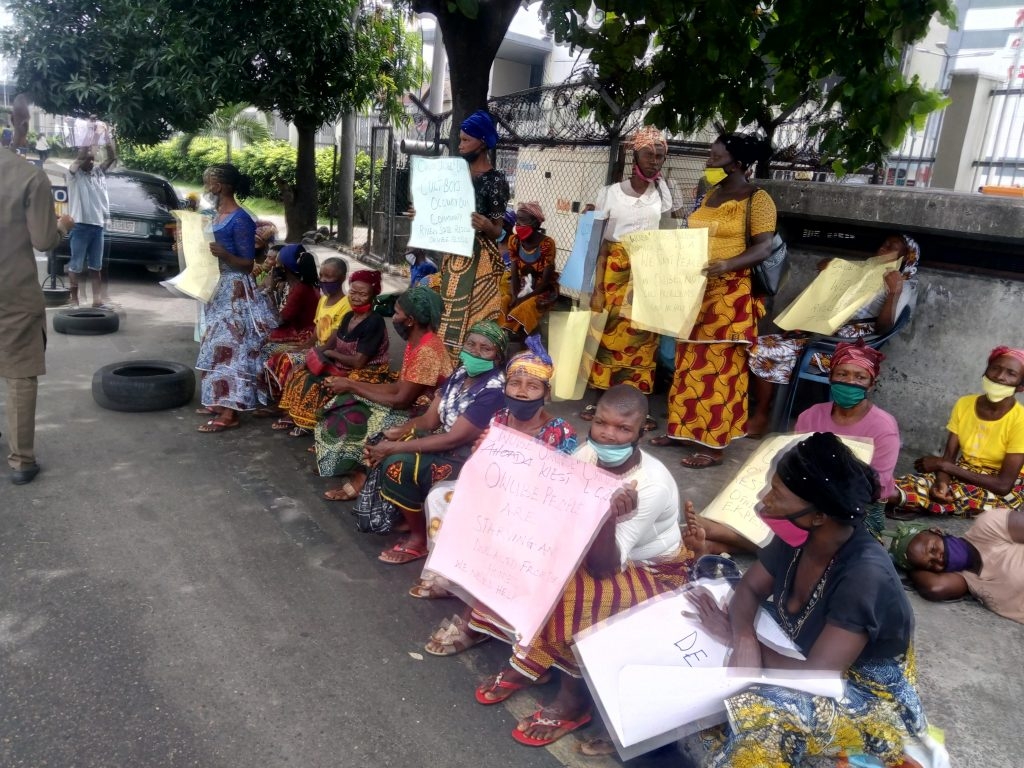 SAHARANEWS – A group of women from Owube community in Ahiada West Local Government Area of Rivers State on Tuesday protested the activities of cultists in the area.

The protesters said cult boys had sacked the community, killing about 20 indigenes, apart from kidnapping and intimidating others, a  development they said had forced many indigenes to leave the community.

The Owube women, who took their peaceful protest to the front gate of the Government House in Port Harcourt, appealed to the state government to come to their rescue as their breadwinners were currently staying in the bush to avoid being killed.

One of the women, who identified herself as Florence Eric, lamented that the cultists had always told them (Owube) to ”settle” them (cultists) or be ready to face their wrath.

Eric stated that the most painful part was that the cult boys in the area had stopped them (community men and women) from entering their farmlands, adding that some of them were sexually assaulted by the cult boys.

She appealed to the state government and the State CP, Joseph Mukan, to come to their rescue by arresting and bringing the cult boys in Owube to book.

She said, “Cult boys in our community do not allow us to go to our farms again. At night, they come and cause trouble. We do not sleep again; we don’t have rest.

“They kidnap at will. We cannot go out to look for food; we need help to survive this challenge. We want the government to help us in any way they can.

“It is cult boys within our community joining hands with their friends from outside that are behind this. They barred us from gong to farm again.

“They said we should come and settle them and we don’t know how to settle them. They said they need money from the community, but they did not mention how much they need.”

In his remarks, an indigene of the community, Frank Confidence, told newsmen that the community was at the Government House to submit their petition to the state government with a view to seeking a solution to the matter.

“We came to submit a petition to the governor over the incessant killings in our community. For over five years now, we don’t sleep in the community. People now sleep in the bushes.

“We have done all we can to restore peace in our community, but it has not yielded any positive result. We have submitted a petition to the outgone Commissioner of Police in the state and the Ahoada West Local Government chairman, but nothing changed.

“We still have a high level of insecurity. We brought OSPAC (a local vigilante group, who come at night, but now these boys come in the afternoon to kidnap and rape women.

“We want the governor to come to our aid; we are tired of sleeping in the bush. If they will give us police post, we will like it. This upsurge started in 2016 and we have lost over 20 persons and many have been kidnapped. My uncle has been kidnapped twice and we paid ransom,” Confidence said.