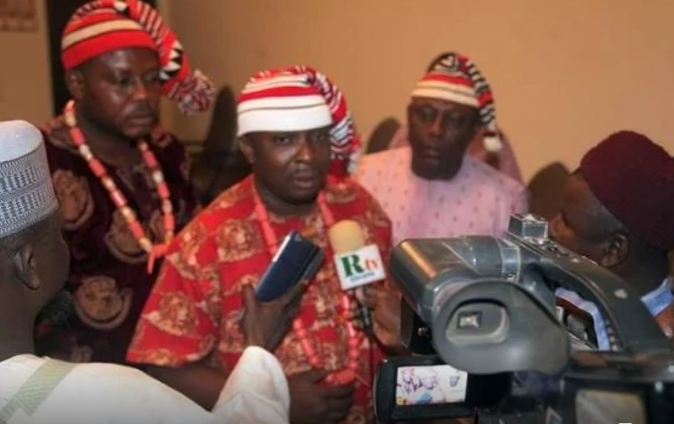 SAHARANEWS – Ohanaeze Ndigbo Youth Council Worldwide has hit back at the Chairman, Board of Trustee, BoT, of the Peoples Democratic Party, PDP, Walid Jubril over his recent declaration of support for Ruga.

Youths of the apex Igbo social-cultural organization also absolved Governors of South East of any secret dealing with Fulani groups in the region.

The Indigenous People of Biafra, IPOB had earlier claimed that the governors have secretly awarded lands to the federal government for the purpose of establishing settlement for Fulani herdsmen.

A statement signed by Mazi Okechukwu Isiguzoro, President General of the group, said, “We observed keenly the unpopular agitation and open Declaration of the suspended Ruga Settlements by PDP Bot chairman, Senator Walid Jubril as a means of stability and end up the Herdsmen/farmers clash, as this is a calculated plot to use his position in PDP as BoT chair to intimidate and harass predominantly PDP Governors in the Southern Nigeria to adopt Ruga Settlements in the South.

“Ohanaeze Ndigbo Youth Council Worldwide is not partisan and will not dictate how PDP run their affairs, but its an open secret that PDP Bot chairman Senator Walid Jibrin is engaging in anti party activities, and PDP Governors forum should facilitate the machinery to investigate his secret activities and do the needful through recommendation for the suspension of Sen Walid Jubril and relieve him of his position if found guilty based on his anti party activities.

“We want to assure our Biafra agitators that there’s no proof anywhere that the South East Governors have the intention of going contrary to their earlier resolutions adopted in their last Enugu meeting, to donate lands secretly for the Suspended Ruga Settlements in the South East.More in HOME

“Irrespective of that, we are calling on the south east Governors to ensure they are not instigating uproar and civil disobedience through mingling into the affairs of self determination of Biafra agitators. We should avoid anything that will bring declaration of state of emergency in any State in the South East.

“We urge South East Governors to allow the sleeping dog to rest, there’s no gain in using confrontation through State machinery against Biafra agitators, and plead on agitators no eschew violence and maintain non violent posture of Biafra agitation.”