Russia responds to EU resolution calling it a sponsor of terrorism 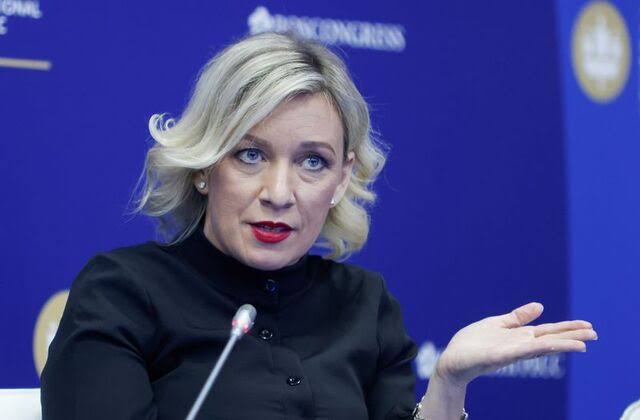 Maria Zakharova, a spokesperson for the Russian Foreign Ministry, stated that the European Parliament ought to be referred to as a “sponsor of idiocy” for passing a resolution that characterized Russia as a sponsor of terrorism.
The resolution accusing Russia of being a sponsor of terrorism for its invasion of Ukraine was approved by the EU on Wednesday with support from 494 MEPs, 58 votes against, and 44 abstentions.
The document calls on member states to create a new legal framework that would permit Russia to be placed on a blacklist for terrorism.
The European Parliament was criticized, and Zakharova claimed that the resolution lacked legal force.
She said that the parliament was a sponsor of stupidity and that the Russian invasion of Ukraine was not wrong.
In the meantime, Moscow has demanded that the execution of Russian POWs by Ukrainian troops be condemned worldwide.
“We demand that international organizations condemn this shocking crime and conduct thorough investigations.The Ukrainian military will be held accountable for every heinous act they have committed.The perpetrators and those who helped them will all be identified and punished accordingly.”Retribution will come to everyone,” stated Zakharova.
In the video that has gone viral online, Ukrainian soldiers shoot Russian POWs without mercy.
The West as a whole, which backs Kiev, completely ignored these numerous facts.The curators’ approval of the Ukrainian neo-Nazis they foster makes them complicit in their own crimes, the diplomat continued.