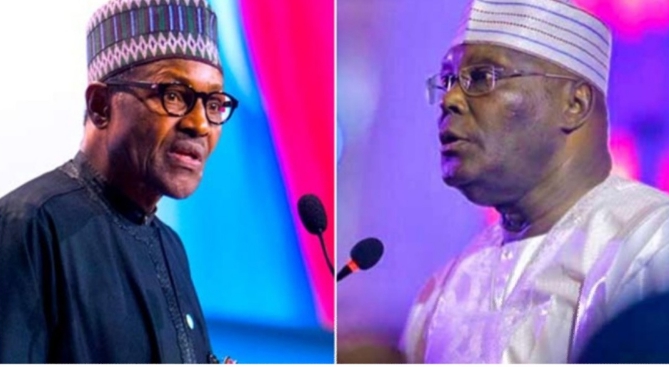 In a statement by his media adviser, Mr Paul Ibe, Atiku said Nigerians in the past four years lived in multi-dimensional poverty.

He said, the United Nations reawakened Nigerians to the perceived reality of how poorly the Buhari-led administration had managed the nation’s economy with a damning verdict that 98 million Nigerians live in multi-dimensional poverty.

He said it was not surprising that Buhari and his handlers, didn’t make any comment about the scary statistics coming from the United Nations Development Programme.

The statement read, “Perhaps, one reason why they didn’t want to comment on the report is because it is factual – Nigerians in the past four years indeed live in multi-dimensional poverty.

“Quite regrettably too, the administration has been groping in the dark since 2015, the reason majority of Nigerians decided not to reward their failures during the February 23 presidential poll consequently leading to the heist that characterised the conduct of that poll.”

He added, “The other plausible reason why they didn’t deem it fit to respond to the report is because Atiku had yet to make a remark on the report.

“If the only reason why the Buhari-led administration will react to the affliction it has brought on Nigerians is for Atiku to call the nation’s attention to how bad things have gone in the country under the leadership of Buhari, Atiku will more than always, be ready to stand and speak up for the millions of countrymen and women who have become victims of his (Buhari’s) misrule and grand cluelessness.”

Atiku stated that a Commander-in-Chief who fits the bill will not be unconcerned by reports from a reputable media organisation on welfare and well-being of troops at the frontline of combat.

He stated that like the case of other perceived dysfunctional aspects of the system, Buhari’s administration preferred to live in denial, and allegedly relying on propaganda, which the former vice president described as the machine that they know how to operate without a glitch.

He said he had respect for the practical purpose of the judiciary as an arm of government saddled with the responsibility of dispensing justice.

According to him, for the Buhari-led administration to allegedly call out the judiciary on how they might choose to do their job is not only an emotional blackmail to the bench, but is also very disrespectful to the integrity of the honourable justices of the court of law.

Attempts to get reactions of Presidential spokespersons through the telephone were not successful as of last night.

JUST IN: The Kidnappers Are Fulani Herdsmen – RCCG Pastors