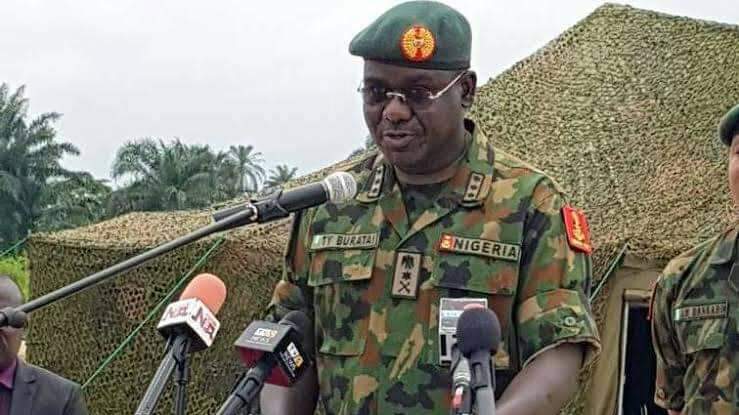 SAHARANEWS – The Nigerian Army has finally reacted over the accusation levelled against its personel that they killed three policemen on covert duties in Taraba State.

In a statement made available to newsmen by the spokesman of the Nigerian Army, Colonel Sagir Musa said the IRT operatives refused to stop at three military checkpoints and then engaged the soldiers in a shootout .

The Force Public Relations Officer, Deputy Commissioner of Police Frank Mba, had earlier in the day said three operatives in the Inspector General of Police Intelligence Response Team, headed by DCP Abba Kyari, were killed by the soldiers in Taraba State despite identifying themselves as being on covert operation to arrest one Alhaji Hamisu, a suspected kidnapper.

Hamisu was said to have been involved in several crimes, collecting N100 million as ransom during one of such operations.

However, Mba said as Hamisu was being driven to the Police Command Headquarters in Jalingo, they were engaged in fierce shooting by soldiers, resulting in the death of three policemen, a civilian and the escape of the suspect.

But Musa countered Mba, saying the IRT operatives refused to stop at three military checkpoints and then engaged the soldiers in a shootout.

He said some villagers had raised the alarm that the operatives were in an unmarked bus and refused to stop at the checkpoints, which resulted in the soldiers giving them a hot chase.

On the unfortunate incident that occurred on the 6th of August 2019 in which troops of 93 Battalion Nigerian Army Takum pursued and exchanged fire with some suspected Kidnappers who indeed turned out to be an Intelligence Response Team from the Police Force Headquarters Abuja on a covert assignment from Abuja resulting in the death and injury of some members of the Team.

On the 6th of August 2019, the said Nigerian Army troops, while responding to read more here : http://igberetvnews.com/881978/killed-three-pol