“No, Not After Being Beaten Up And Brutalized, Not…

Makinde Not Fair To Me, Oyo Deputy Governor, Olaniyan Cries…

SARS KILLINGS: No More Use Of Gun During Operations – Police IG 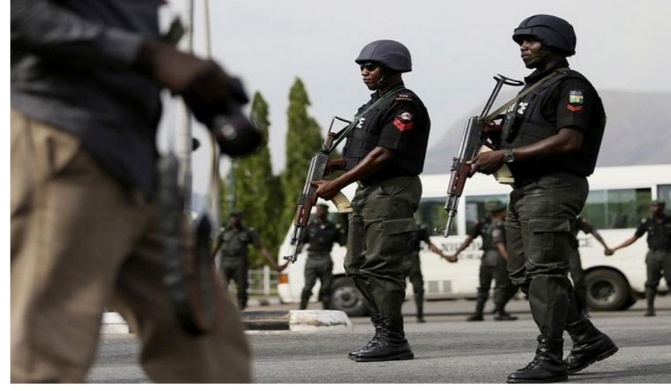 SAHARANEWS – The Inspector General of Police (IGP), Muhammad Adamu has disclosed that the police will no longer be allowed to carry firearms during operations.

Instead, officers will now make use of electro-muscular disruption technology known as teaser in place of firearms.

The IGP said the use of the teaser otherwise known as rubber bullet will be used by the routine patrols, arrest duties and other low-risk operations as strategic approach towards reducing incidents of fatalities associated with misappropriation of lethal weapons by the Police as first line of response to any threat.

Adamu disclosed this while addressing men and women of the Nigerian Police Force at the Police College parade ground, Ikeja, Lagos, on Monday.

He was reacting to the spate of extra judicial killings by some members of the force in recent weeks.

SaharaNews recalls that a 20-year-old girl was shot dead by men of the Special Anti-robbery Squad (SARS) weekend in Lagos. This comes less than two weeks after 36-year-old Kolade Johnson was murdered in cold blood by SARS operatives at a football viewing centre in Lagos.

According to the IGP, between January to April, 2019 Lagos State has recorded four incidents of misuse of firearms which have resulted in extrajudicial killings of young citizens of this country and injury to others.

“Its more worrisome that two of these incidents occurred within the last two weeks. Aside negating our professional calling, extrajudicial acts of any description or level by any police personnel is an unacceptable anomaly that creates distrust and disdain between the citizens and the police and widens the trust gap between them.

“In perfecting these initiatives, we shall be engaging with Human Rights Bodies, International Agencies Development partners and Civil Society Organisations.

“This is with a view to evolving a united front towards addressing these challenges on a sustainable basis and within the context of best international practices.”

Adamu further stated the force will no longer tolerate the senseless killings carried out by some of its officers around the country.

“I must emphasise that enough is enough. The nation and indeed the Police under the current leadership can no longer tolerate abuses associated with the Police either in Lagos or any other part of the country.

“I have already ordered that a signal be circulated to all Police Commands and Formations warning of dire consequences against any personnel that by their incorrigible acts deviates from accepted Police culture and values.”

While warning the officers, he said:” The choice now is for each officer to either resolve to perform his or her duties within extant rules, laws and policies or be prepared to be shown the way out of the system.”

“Our visit to Lagos is also designed to condone with the families of the victims of the recent incidents of misuse of firearms or other forms of abuse of power by identified police personnel in the State and to share in their grief.

“It is also to reassure citizens that as an institution, the Nigeria Police will not condone any form of abuse of power, acts resulting in misuse of firearms, overzealous and sundry unprofessional conducts by members of the police regardless of his rank and position.