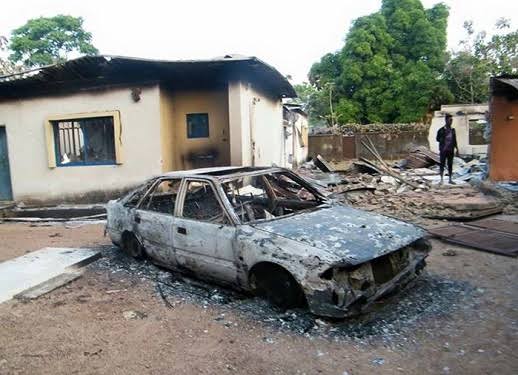 No fewer than 34 people have been killed following a fresh attack by Fulani terrorists on Madami village in Kaura Local Government Area of Kaduna State.

Seven other persons sustained injuries in the attack while some houses were also set ablaze during the operation which occurred on Sunday night.

The Kaduna State Commissioner for Internal Security and Home Affairs, Samuel Aruwan, who confirmed the incident, said troops mobilized to the location engaged the bandits in a gun battle before the assailants withdrew after intense pressure.

The commissioner disclosed that two suspects are being questioned in connection with the attack, adding that security agencies are already conducting operations in the general area.

ALSO READ:  There is Nothing like biafra,We Only Want To Be Treated Equally (video)– Umahi

He also said that the troops were able to put out the fire at three of the burning houses, and rescued six locals from the inferno.