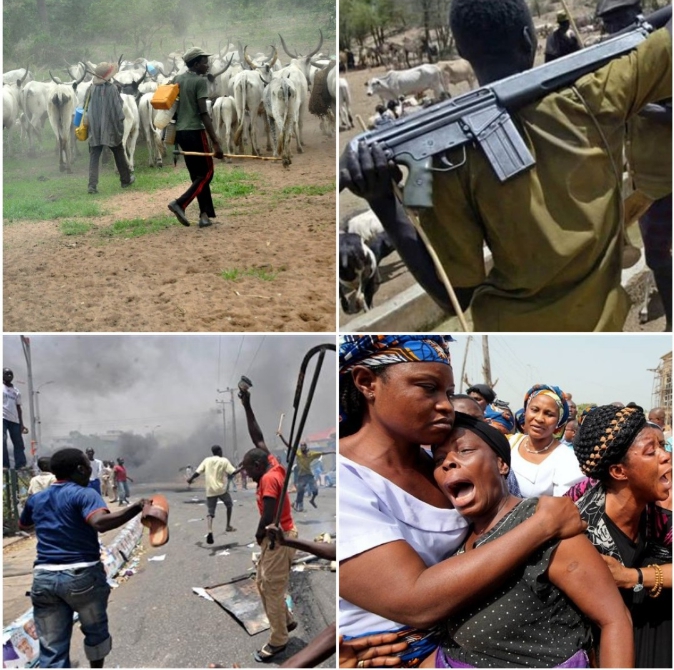 SAHARANEWS – The position of Ohanaeze Youth Council, OYC, after its security meeting in Asaba, Delta State

The youth wing of the Igbo socio-cultural organization, Ohanaeze Youth Council, OYC, under the leadership of Comrade Igboayaka O. Igboayaka, during the weekend, convened a meeting in Asaba, Delta State on the state of insecurity in Igboland.

The OYC executives rose from the meeting with the following resolutions:
That State Houses of Assembly in Igboland should urgently enact and pass laws inhibiting open grazing of cattle in their respective states. It noted that the anti-open grazing law will go a long way in eradicating the menace of killer herdsmen in Alaigbo.

OYC asked the Enugu State governor, Ifeanyi Ugwuanyi to equip Forest Guards with same arms and ammunition used by killer herdsmen so as to be able to effectively confront the marauders.
OYC also noted that the Muhammadu Buhari-led administration, including the Nigeria’s security agencies such as the Army and the Police are collaborating with killer herdsmen, bandits, kidnappers and the Boko Haram sect to further unleash evil against the citizens. OYC also called on President Muhammadu Buhari to resign before he plunges Nigeria into a second tribal war.

OYC warned Ndigbo to be vigilant and ready for Fulani invasion, alerting that rampaging herdsmen are now occupying the major highways connecting to Alaigbo.
OYC charged all governors of Igbo extraction to equip and sponsor community vigilante groups to combat insecurity and terrorism posed by killer herdsmen.

The Igbo youth group tasked the people of the Middle Belt to mobilise and defend their lands from marauding herdsmen terrorizing and killing their people.