Truly, Nigeria Has Reached A New Level Of Hopelessness And…

JUST IN:Herders-Farmers Killings Could Lead To Civil War If… 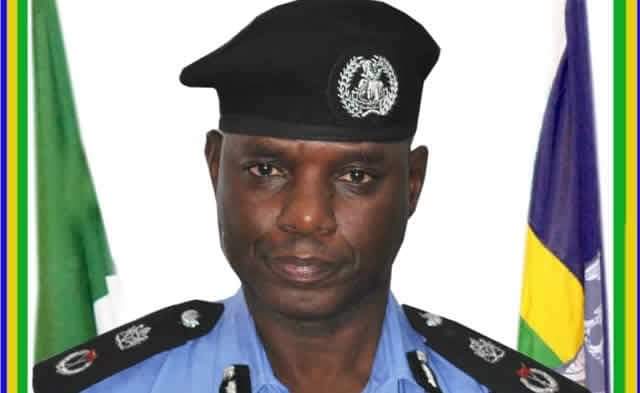 SAHARANEWS – Following the recent security challenges in Enugu State, students in the state under the auspices of National Association of Nigerian Students (NANS) have joined in the call for the immediate removal of the Commissioner of Police, Mr. Suleiman Balarabe, for lack of capacity to secure the state.

In a statement sent to SaharaNews by the State Chairman of NANS, Comrade Darlington Ugwuegbe, the students stated that they were worried that Enugu State which is known for its peaceful and secure nature has of recent witnessed some strange and sudden security lapses since the deployment of Mr. Suleiman Balarabe as Commissioner of Police.

They stated that their investigations revealed that Mr. Balarabe has not served as commissioner of police before his deployment to Enugu State, stressing the sudden security lapses in the state could not be unconnected with his lack of experience in his present assignment.

The students, therefore, gave the federal government and Inspector-General of Police a two-week ultimatum to redeploy the commissioner of police or they will embark on a peaceful protest to drive home their demands.

According to them, “the CP does not have contemporary policing strategies. Enugu State has been adjudged the most peaceful state in Nigeria after the FCT and this was confirmed by the NPF, but all of a sudden everything seems to have changed. We demand for urgent and total overhaul of the security architecture in Enugu State, especially the police. We also demand for the deployment of more security personnel in Enugu State”.

The students added that their investigations further revealed that the CP’s deployment to Enugu State, prior to the last general election, was facilitated by chieftains of the All Progressives Congress (APC) in the state, who were only interested in the removal of the immediate past CP, Mr. Danmallam Mohammed for political reasons.

“We, therefore, give the federal government and the IGP a two-week ultimatum to redeploy the CP out of Enugu State, after which we will not hesitate to stage a peaceful protest to drive home our demand, which is in the overall interest of the people of the state, especially the youth.

“While the leaders of the All Progressives Congress (APC) in Enugu State went to Abuja to push for the removal of our former Commissioner of Police, Mr. Danmallam Mohammed, to enable them actualize their political ambition, they forgot to ask for an experienced and capable police officer to replace him. Today, they are seeing the consequences of their self-centered action and they have refused to call for his redeployment”, the students said.

The students maintained that the call for Balarabe’s removal was borne out of their concern for the safety of lives and property, pointing accusing fingers at some political elements in the state, who are hell bent on sabotaging the efforts of the state government in strengthening the security of the state.