IMO 2019: Okorocha Can No Longer Walk Freely In Owerri, He… 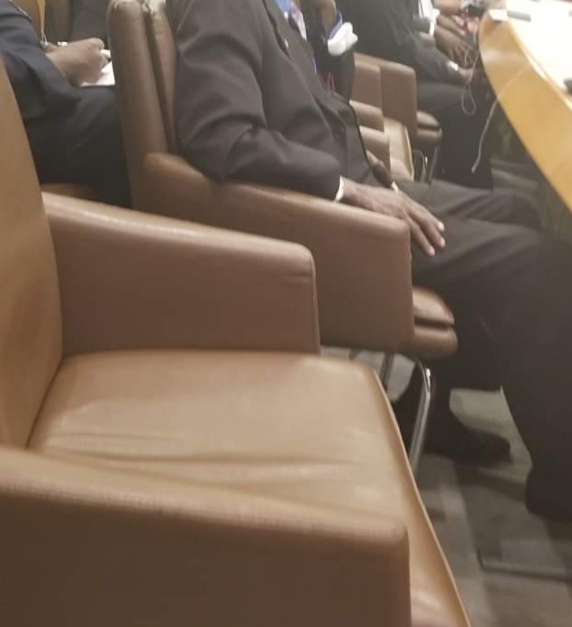 SAHARANEWS – The Nigerian Ambassador to the United State of America, Sylvanus Adiewere Nsofor, was patiently listening to deliberations at United Nations Convention.

Nsofor, a retired justice from Nigeria’s Court of Appeal, assumed the office of his country’s ambassador to the United States on November 13, 2017. It’s Nsofor’s first ambassadorial posting.

Nsofor was born March 17, 1935, in Oguta, Imo State, Nigeria. He graduated from London’s now-defunct Holborn College of Law in 1962 and added an LL.M from the London School of Economics in 1964.