JUST IN: SEE What Police Did To Woman That Tortured & $tripped A lady N@ked For Sleeping With Her Husband (Photo) 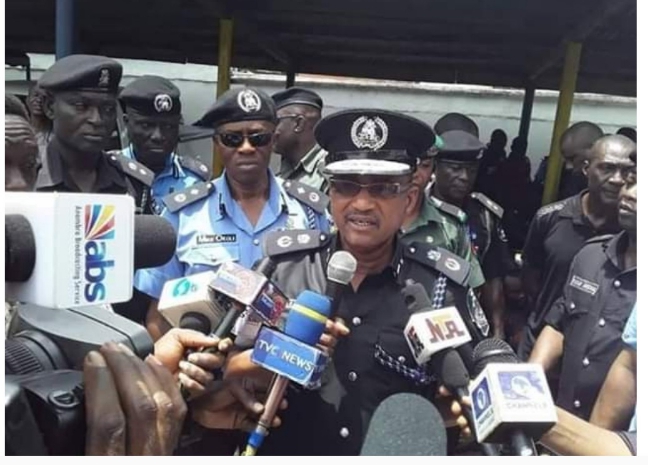 SAHARANEWS – The Nigerian Police have finally paraded two women and one man for torturing and stripping a lady naked. SaharaNews had reported that the lady was severally beaten and stripped unclad by the suspects.

Parading the suspects, the Commissioner of Police, Mr Rabiu Ladodo, said the victim was invited by Mr Ifeanyi Azotani, 40 year old artisan, from Ifitedunu, Dunukofia Local Government Area to his house at Amawbia where the alleged wife, Tochukwu, 43 and her niece, Ogochukwu Nwankwo, 33 bumped into them, stripped ,beat and later made monetary demands from her, and also threatened they will release the video on the internet.

The suspects confessed to the crimes but denied releasing the video. They claimed it was a third party that collected the video from them on the day of the incident and released same.

ALSO READ:  Buhari Must Listen To The People Or Set Nigeria ‘On Fire’ – Wike

Other suspects were also paraded including a military man who absconded from Service but was using his military ID card and gear to extort, rob and defraud unsuspecting members of the public.

JUST IN: We almost aborted Success, now her video has changed our lives –Parents