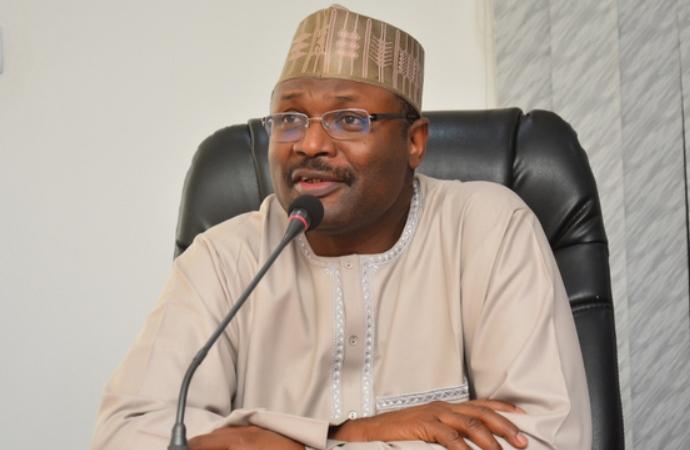 The Senate on Tuesday confirmed the appointment of Prof. Mahmood Yakubu, as Chairman of the Independent National Electoral Commission for the second term of five years.

This comes five days after the Senate Committee on INEC  screened Yakubu following his nomination for appointment by President Muhammadu Buhari.

The senators, who spoke before his confirmation, described him as highly qualified for the job.

Yakubu was first appointed INEC chairman in November 2015, taking over from Attahiru Jega, who supervised the 2015 general election.

PHOTONEWS: Former @INECnigeria Chairman, Prof Mahmood Yakubu, Engages In Rent-a-crowd To Boost His Screening At Nigerian Senate With A Fake Group – There Is No Group Known As âAll Political Partiesâ In Nigeria pic.twitter.com/IhyzYWd0MP