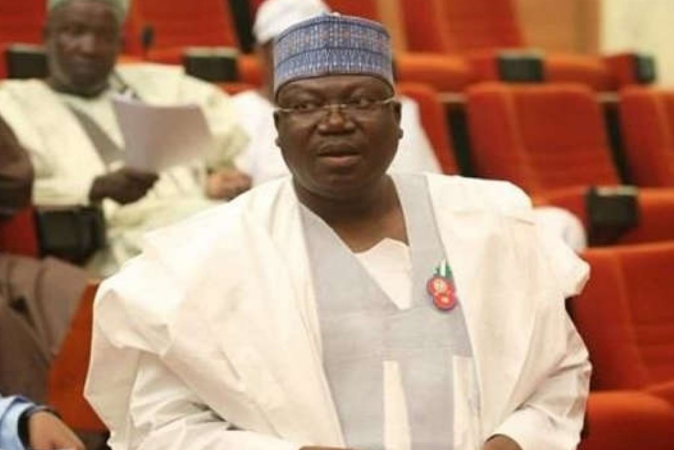 SAHARANEWS – The ambition of Senator Ahmed Lawan (APC, Yobe) to succeed Dr Bukola Saraki as Senate President of the incoming ninth National Assembly, may have hit the rocks as no fewer than thirty-five Senators on the platform of the ruling All Progressives Congress (APC) have reportedly thrown their weight behind Senator Ali Ndume (APC, Borno) to clinch the Senate number one position.

Those rooting for Ndume, SaharaNews gathered, are mostly drawn from first time Senators and a few former Governors who feel slighted by the “bullying tendencies” of the party’s National Chairman, Comrade Adams Oshiomhole.

SaharaNews gathered that the lawmakers are angry with the leadership of the party over its decision to impose Lawan without recourse to them.

ALSO READ:  BREAKING:There is nothing worse than a corrupt politician.-Trump Tweet

The APC Senators who expressed displeasure over the development, vowed to resist the move and challenge the decision of the party on the Floor of the House.

The Lawmakers expressed disappointment at Lawan over alleged statement credited to him that all the APC State Governors have donated their Senators to him to ensure his victory.

“We are not happy over claims by Lawan that APC governors have donated their Senators-elect to him in order to realise his Senate Presidency.

“They have even gone ahead to share the Juicy Committees to Senators-elect that are favourable to the imposition.”

The Senators lamented an alleged attempt to intimidate and harass some of them using the Economic and Financial Crime Commission (EFCC), adding that they have uncovered plans by the party to “plant spies in the gallery of the chamber to monitor the elections.”

The lawmakers who spoke on the sideline of their induction exercise holding at the Transcorp Hilton in Abuja, asked the APC to retrace its steps to avoid the pitfall of 2015 when it lost the seat of Deputy Senate Presidency to the main opposition.

Ndume, a ranking Senator, was a former Leader in the Upper Legislative Chamber.

SaharaNews recalls that Ndume had vowed not to withdraw from the race for the APC-backed Lawan even after meeting with Vice President Yemi Osinbajo at the Presidential Villa, Abuja.

Aside him, Senator Goje is believed to also be in the race.

JUST IN: “Your Ultimatum Is Nonsense And Pure Blackmail” – Gov Okowa Hits Back

JUST IN: Counsel Yourself Or Be Jailed For Treason, Presidency Threatens Atiku