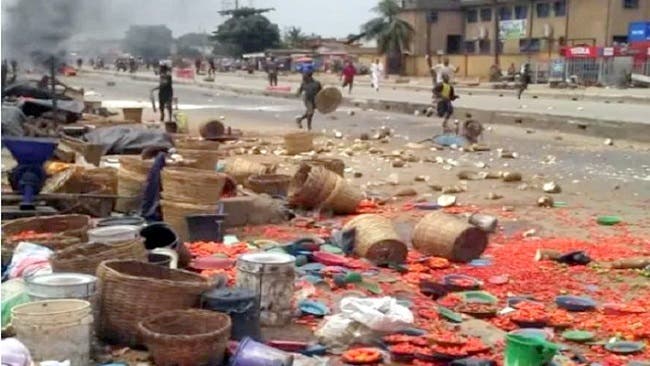 A leader in the Hausa community in Ibadan, Usman Garuba, on Monday said many Hausa residents in the troubled Shasha area of Ibadan, the Oyo state capital, have left their businesses and fled to the North.

Garuba, who is the prime minister of Hausa people in Oyo State, told SaharaReporters that many of the victims of the Shasha violence could not withstand the pressure again.

He said he wept when he saw the way people were killed and the hunger facing little children.

SaharaReporters observed that there was heavy presence of security agencies in Shasha village on Monday.

SaharaReporters recalled that the crisis started on Thursday following an argument that ensued between a pregnant Yoruba woman and an Hausa businessman, which led to the death of a Yoruba man.

Following the development, many were killed while many houses were burnt, a development which rendered thousands of Hausa residents homeless.

But Garuba on Monday said the over 5,000 people who sought refuge in the house of the Seriki Shasha had left the house for other parts of the state while others had returned to the North.

Speaking with SaharaReporters, Garuba said; “It was not a good experience for us. I wept when I saw the way our people were killed. Many of the children were sleeping on the floor. Some were crying for food. As we speak, we are trying to see how to solve the problem.”

Meanwhile, the Inspector General of Police, IGP Muhammed Adamu, has ordered the immediate deployment of police intervention and stabilisation Flforces to Oyo State to reclaim the public space, reinforce security and bolster public confidence in the areas affected by the recent crisis in the state.

A statement by the Force Public Relations Officer, Frank UBA, indicated that the deployments, consisting largely of intelligence and operational assets of the Force, include four (4) units of the Police Mobile Force (PMF), seasoned operatives from the Force Intelligence Bureau and one (1) operational/surveillance police helicopter from the Police Air-wing department.

The Intervention Force is charged with the responsibility of reinforcing and stabilising security in the state, preventing further breakdown of law and order, protecting lives and properties and ultimately enhancing public safety and general security in the state. The Intervention Force is being coordinated by a Deputy Inspector General of Police, DIG David Folawiyo, who is expected to mobilise all relevant stakeholders towards achieving the mandate of the squad.

The IGP assures that the Force is committed to the safety of lives and properties of the citizens in the country. He calls on the citizens and residents of Oyo State and other Nigerians to embrace peace and cooperate with the police and the security community as they redouble their efforts in ensuring that sustainable peace and security are restored to the affected areas.

BREAKING: US Opposes Buhari’s Plans To Give $100m Of Abacha Loot... 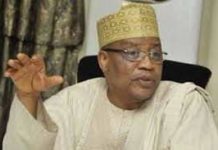 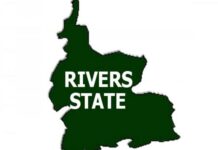 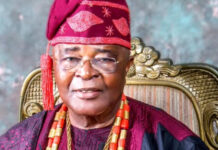 Alake Of Egbaland Tackles Igboho, Others, Warns Against Calls For Nigeria’s...