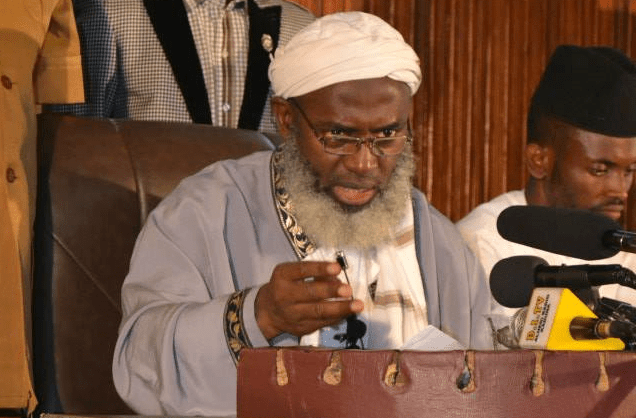 Kaduna State-based Islamic scholar, Sheikh Abubakar Gumi, has said that Fulani bandits are at war with Ansaru terrorist groups who infiltrated the northern part of the country, Guardian reports.

According to him, the vision of the bandits living in the bush is different from the ideology of terrorist groups which infiltrated the country, maintaining that a Fulani man is not fanatical, but more concerned about survival.

He said the bandits had given the Ansaru terrorists 10 days to vacate their territory.

The cleric called on government to quickly intervene, noting that their visits to the forests were yielding positive results.

Gumi said following his counsel, the bandits resisted attempts by the Ansaru terrorists to indoctrinate them.

He asserted that the bandits were doing what the military ought to be doing to the terrorists: fighting and killing them.

When asked how bandits could be differentiated from foreign invaders, the cleric said: “There is infiltration by Islamic terrorist groups. Yes, they have infiltrated the Fulani, but the Fulani have a vision. Theirs is to fight existential war. For example, they can’t go to market or travel to Zuru because they would be lynched; so the best thing is to get weapons to fight.

“They will say the military too is killing their children and women; so they accept the Fulani from outside to assist them. But as they are coming in, some of the elements of Islamic terrorists join them.”

Narrating how the bandits resist the terrorists’ antics, Gumi said, “When we went to Niger State, we spoke with one of the gang leaders to join in the peace process. He was even the one who negotiated the release of the Kangara boys and others.

“After we came out, he talked to the contact, telling them that they were approached by the Ansaru groups who told them not to trust me and my entourage; that we are democratic scholars and shouldn’t be welcomed. This is why I’m urging government to intervene fast. No time to waste.”

According to the cleric, the bandits’ leader replied the Ansarus that his entourage had deeper knowledge of Islam than the Ansarus, adding that they would continue the mediation with us.

He added, “The Ansarus later ambushed the man’s uncle and killed him. So, the bandits’ leader has given the Ansaru terrorists 10 days to vacate the bush.”

The cleric, however, disclosed that some individuals were cashing in on the security challenges in the country, where the defence budget is unaccounted.