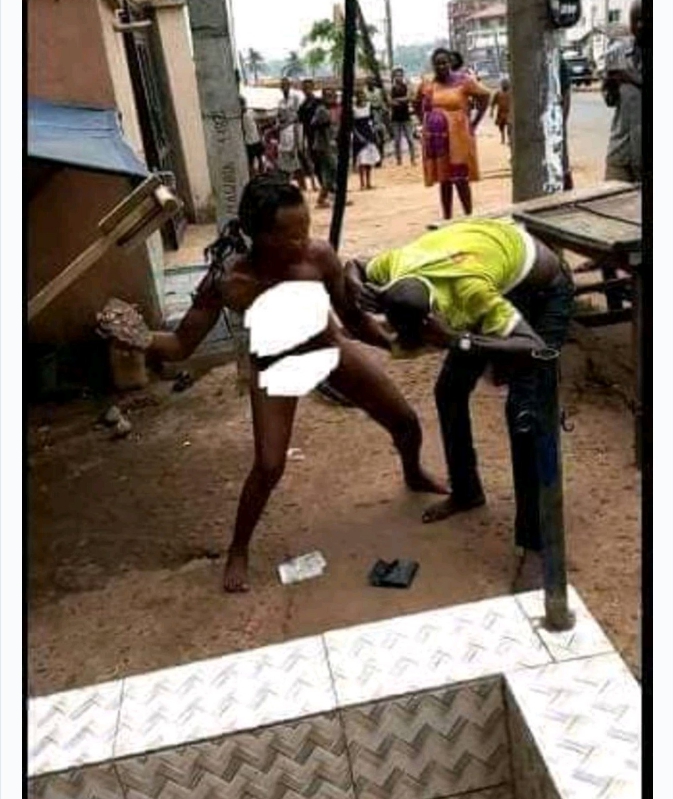 SAHARANEWS – Residents of Awka in Anambra state were shocked after a woman stripped totally naked to fight a young man in the capital city.

An Awka resident identified as Emmanuel who witnessed the shocking incident – revealed that the man had a disagreement with the lady ( a prostitute) over money for short time session.

The s*x worker who put shame aside, stripped totally naked to attack the man with a stone as she held him and refused to let go till she received her payment.

While the public drama was going on, passersby tried to separate the clash between the duo but the lady refused as she vowed to ‘kill the guy’ if he doesn’t pay her.

The incident which was caught on camera and is trending online, has seen many berate the guy for embarrassing himself with a sex worker in public.