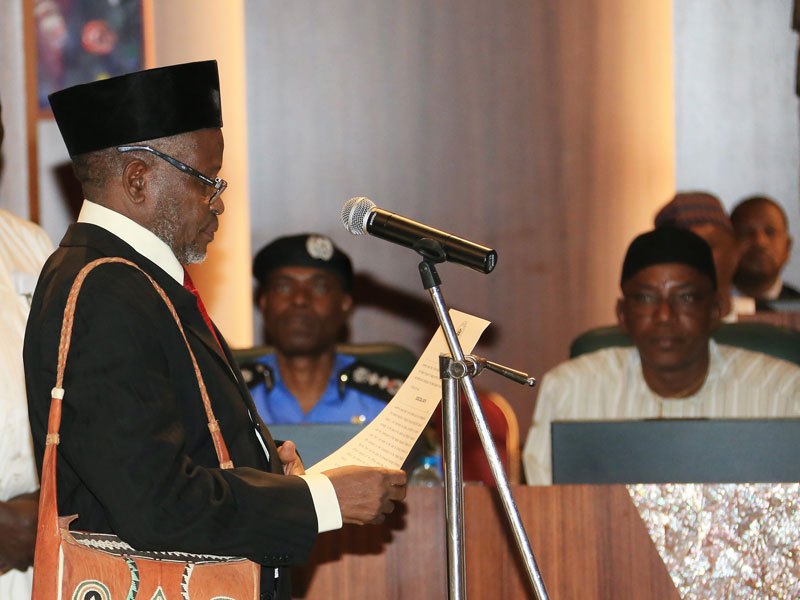 SAHARANEWS – The lawyers in Uyo, the Akwa Ibom State capital, have raised alarm over the appointment of dead and retired judges as members of the newly sworn-in 250 election tribunal Members.

The lawyers who on anonymity faulted the list of the newly sworn in 250-tribunal members as parading over 10 names of dead judges.

Admitting that this would not be the first time the Buhari-led government has displayed this level of “carelessness in handling sensitive issues concerning the Nation”, they also explain that a posthumous appointment of anyone for such sensitive role in the country as burying the country alive.

Recall SaharaNews reported that the new acting Chief Justice of Nigeria, Tanko Mohammed on Saturday, January 26 swore in 250 members of the election tribunals at the Supreme Court Complex in Abuja.

This has continued to generate heated criticisms by both members of the legal community and social media users who have pointed to some Nigerians who have long been dead and buried, but have posthumously made the list.

One of the lawyers who spoke to our correspondent on condition of anonymity said that up to 10 judges in the list were dead.He identified some of the late appointees to include Justice Edemekong Edemekong whose name appeared as number 58 on the list and declared that the late Justice died since 2013. Another, Justice Chukwu, from Ebonyi State and number 53 on the list, who was formerly of the Federal High Court is also said to have been long dead.

The lawyers showed deep concerns that if such errors could be spotted at a glance on such a sensitive list and on the first official outing of the new acting Chief Justice of Nigeria (CJN), Mohammed Tanko, then Nigeria may be heading towards a doom.

ALSO READ:  SHOCKER: “Stephanie Idolor Is A Scam” — Man Who Visited Success’ Mom Opens A Can Of Worm

They further said;
“If dead and retired men are to sit on our election petition tribunal, then the APC-led federal government is out to drown this country and we vehemently reject a list parading dead men as members of the tribunal.”