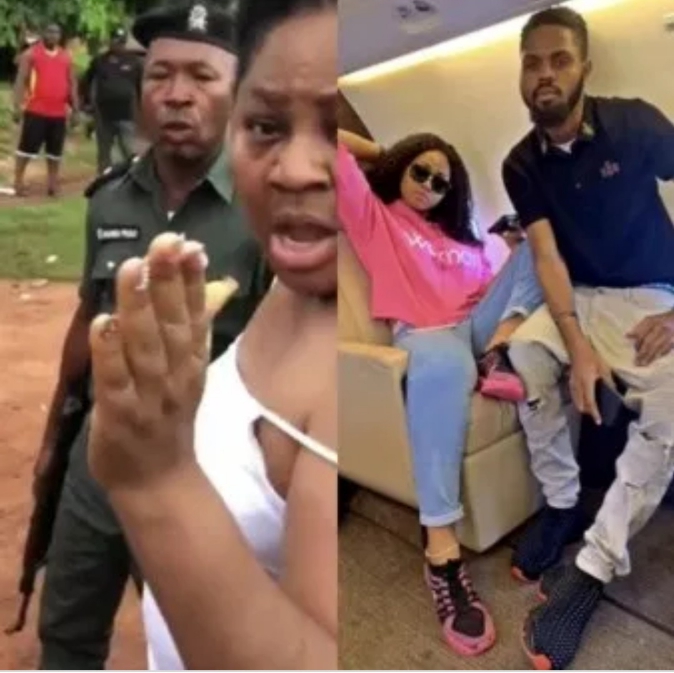 The video of the arrest which surfaced online showed Lawrence Daniels in handcuff.

In the video, Regina’s mother, Rita Daniels, claimed it was the fourth time the police was arresting Lawrence and that they kept arresting her children, harassing them and taking away their peace.

The police were also seen with their guns in the video shared by one twitter user, Laila Ijeoma, while the leader of the team was seen telling Rita Daniels to talk to him.

One of the boys present at the scene who is believed to also be one of her children showed his wounded face claiming he was hit with the gun by one of the policemen.

ALSO READ:  Denrele Edun is any gender you can imagine in a miniskirt matching his bold heels

Regina Daniels’ mother, Rita kept asking what they had done for the Police to keep trying to tarnish her image and why they could not be allowed to move freely. She claimed it was the fourth time her son was being arrested.