BREAKING:Obiano threatens to shut down markets. 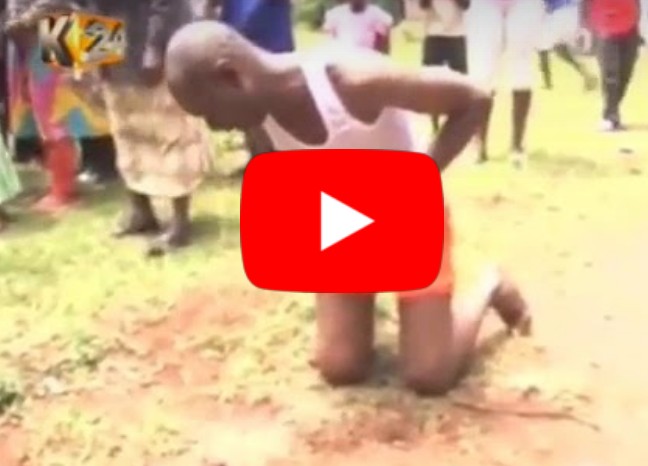 SAHARANEWS – The residents of Busai county near Kenya were all surprised after a young house maid cried out while writhing in pain as he offloaded a bulk of maggots from his pants.

As he was publicly begging for his life, many believed his employer was behind his predicament as he had been warned by his employer to desist from the act, prior to the incident.

The video of the unfortunate incident captures the man rolling on the floor and pleading as he emptied the maggots from his pants.

The man is said to have bragged about his sexual prowess on numerous occasions before his employer sought the services of a witch doctor to allegedly deal with him.

Not minding the humiliation and public disgrace, he wallowed in agony as he begged for help as it was revealed that he had also eloped with the man’s wife.