“Nigerians Never had It This Bad, Under Buhari…

Sit-at-home not biting south-east governors, we have food to eat — Umahi tells IPOB 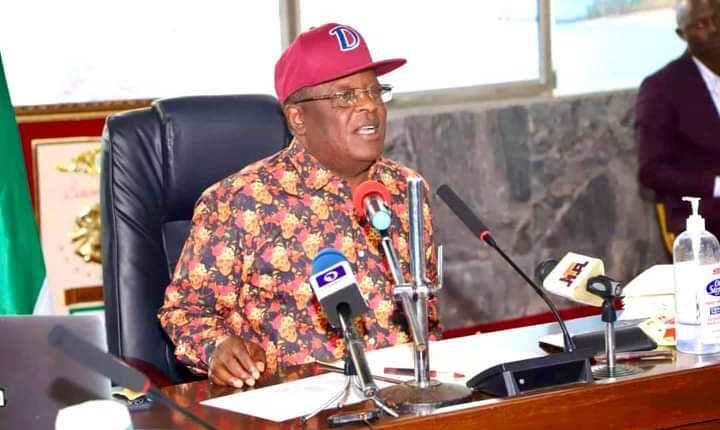 David Umahi, governor of Ebonyi state, says the sit-at-home trend in the south-east affects the residents and not the governors.

He described the sit-at-home order by the proscribed Indigenous People of Biafra (IPOB) as “war brought by the people upon themselves”.

Umahi said the governors have tried their best to encourage the residents to stop complying with the order.

He spoke on Tuesday in Abakaliki, Ebonyi state capital, during the inauguration of his senior special adviser on religion and welfare matters, Abraham Nwali, as the south-east chairman of the Christian Association of Nigeria (CAN).

“Governors of the south-east have done their best to check the situation and when people sit at home, it is not biting the governors,” he said.

“When you sit at home, there is food for the governors in their homes and some of their children are outside the country.

“There have been sit-at-home this Monday and Tuesday and I heard there is another on Friday with the church’s own on Sunday.

“Another group might come up and declare its own on Wednesday and Thursday, then the end will come.

“The situation will then be clear to the people but we implore the church to announce the dangers of this practice.

“The church can intervene through adequate enlightenment on the dire consequences of the sit-at-home order.

“Other geo-political zones are not sitting at home and we are killing ourselves in the name of agitation.”

SUSPENDED, YET ADHERED TO

On August 9, IPOB started the enforcement of a lockdown every Monday until Nnamdi Kanu, its leader, is released.

The sit-at-home order is to protest the arrest and detention of Kanu.

On August 13, the group announced the suspension of the order and modified it to whenever Kanu appears in court.

Despite the suspension, the majority of south-east residents still observe the order.

The Ebonyi governor had on September 6 said residents of the region are adhering to the sit-at-home order out of fear.

“You know, the easiest thing to do is to carry a weapon and kill somebody, and that’s what happened in the past,” Umahi had said.

“And that’s why, you know, some people in the south-east are afraid of coming out. So it’s not a question of compliance. It’s a question of fear.”

The governor had said south-easterners, who are mostly into trade and commerce, do not like to “miss a day of work”, warning that if the situation persists, it may affect the economy of the region.