WHAT A SHAME:Oyo Rep Member Gives Goats to Widows, Others…

BREAKING: One Dead as building collapse in Akure, Ondo State…

SOCIAL MEDIA REGULATION: Fight In The Red Chamber As Senate Split Over Bill 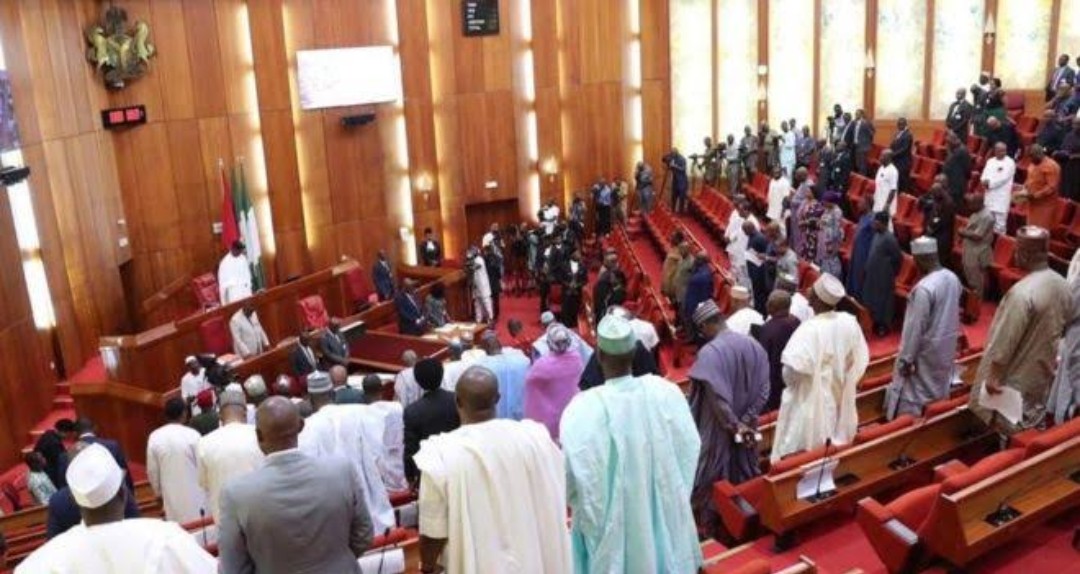 SAHARANEWS – Divergent arguments were raised on Wednesday at the Nigerian Senate’s plenary over the passage of bill to protect the social media from peddling fake news.

The bill for an Act to make provisions for the Protection from Internet Falsehood and Manipulations Bill, 2019 sponsored by Senator Mohammed Sani Musa, representing Niger East Senatorial District was re-read at plenary on Wednesday.

In defence of the bill, Senator Elisha Abbo expressed fear over the growth of fake news in Nigeria which, according to him, may destroy the nation if unchecked.

“I want to commend Distinguished Senator Musa for sponsoring this Bill. The issue of fake news in this country, if it’s not regulated is a cancer waiting to consume all of us.

“Even conventional media that are regulated are suffering from falsehood”, he mentioned.

He was quoted saying thus:

“Today we know that America has risen up against fake news as it has had very terrible consequences in America. Fake news is dangerous, therefore Mr. President, we must rise to the challenge”, Senator Moro added.

Senator Chimaroke Nnamani, however, rejected the bill on the ground that it abuses the freedom of speech entrenched in the Nigerian 1999 constitution.

“I have great respect for the sponsor of this Bill. In person, I not only oppose it in totality, I condemn this Bill”, the lawmaker strongly asserted.

He further drew the attention of the National Assembly to the CyberCrime Act which makes provisions against such internet abuse.

“Based on our constitution that guarantees freedom of speech, there is a cybercrime act that deals with this,” Senator Nnamani established.

Meanwhile, Senate President Ahmad Lawan referred the bill to the committee on Judiciary, Human Rights and Legal Matters to report within four weeks, after passing its reading for the second time