The discovery of crude oil in Northeast will help balance…

‘Soldiers Came To Kill Me: I’d Be Shot In The Head And Dumped In A Shallow Grave With My Dead Companions’ – Nnamdi Kanu Recounts Ordeals 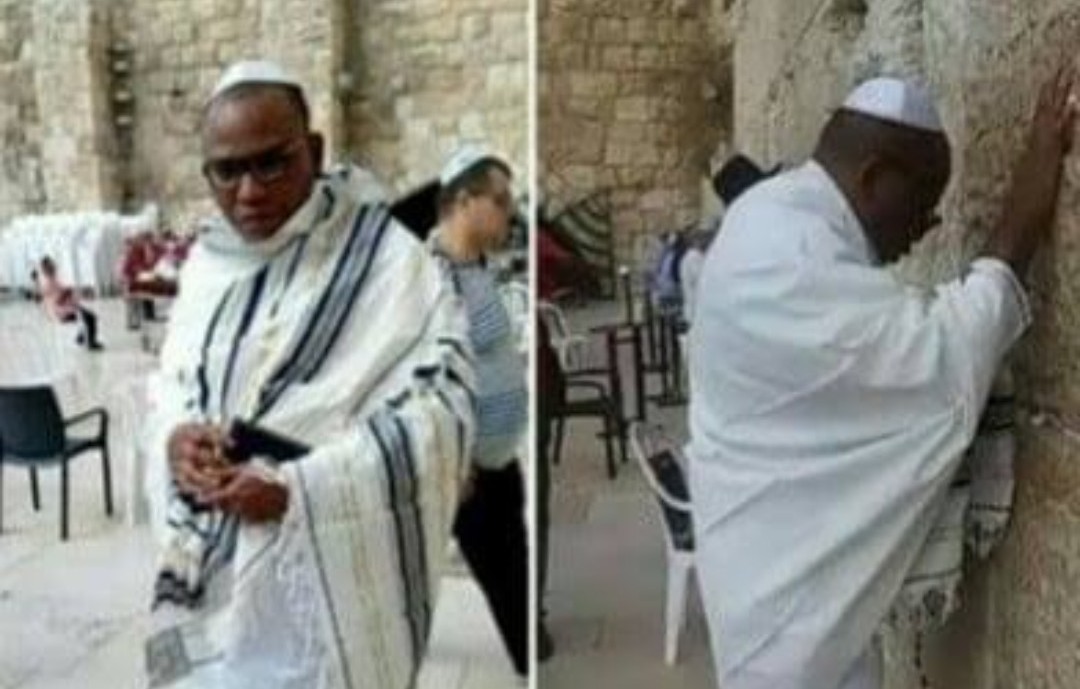 SAHARANEWS – IPOB leader, Mazi Nnamdi Kanu has finally revealed how he made his way out to Israel during 14 September 2017 military exercise, Operation Python Dance 1, alleged to had taken 28 lives.

Kanu recently accused Nigeria army, that the military operation conducted in his community, led to the death of his mother, Sally Nmeme Okwu-Kanu, who died 30 August 2019 after sustained trauma at a German hospital.

After the rained bullets at his home, Afaraukwu Isiama-Ibeku, Kanu sustained high decree injuries and was evacuated through Azumiri, a small town in Abia state with a rented boat.

After considering between other routes, both Republic of Benin, the West side of Nigeria, Kanu headed through the Atlantic amidst the heavy storm and wavering waves.

He successfully touched Senegal, covering 2,000 kilometres through the Benin route, despite pains, following injuries inflicted by the Nigerian Military.

Until he reached Israel, Kanu, or his company, did not disclose to his wife about the dangerous journey, he kept it to himself till he got to his heaven.

In his words: “Eventually we were able to rent a boat on the coast. We left from a small town in Abia, Azumiri, an unobtrusive place where the Nigerian authorities might not have thought to look.”

“We planned to go to the Republic of Benin, just west of Nigeria. For 14 days we travelled in dangerous seas in a small boat with an outboard motor.”

“The Atlantic off that coast is heavy, stormy, treacherous. On more than one occasion waves threatened to swamp our little craft.”

“I was still gravely injured and in need of constant medical attention. At one point we put ashore to find ice to keep the medication I needed chilled. It was a dangerous time. I stayed hidden in a room while my companions went foraging for supplies.”

“From Benin, I travelled by road to Senegal, a distance of nearly 2,000 kilometres. Once in Senegal, I was able to make arrangements to travel to Israel. None of these journeys was easy.”

“I was still in pain and the threat from Nigerian agents abroad never went away. When we stopped to rest on the road, I couldn’t go out.”

My world was shrunk to a room with a window, and sometimes not even that. I might as well have been in prison.”

“Benin, Togo, Ghana, Ivory Coast, all the countries I had to pass through rely economically on Nigeria, their governments corrupt enough to arrest me and send me back. I had to stay silent, unknown.”

“I couldn’t even tell my wife or family where I was, just in case they became targets. It was agonising to realise that they didn’t know if I was dead or alive.”

“Israel was a haven for me, but it took over a year to get there, and only then did I feel confident enough to let my fellow IPOB family members and immediate family know I was safe.”

(VIDEO) Lady Who Claimed To Be Pregnant For Davido, Arrested With Accomplice