Pastor Tunde Bakare Warns Against Disgracing Osinbajo Out Of… 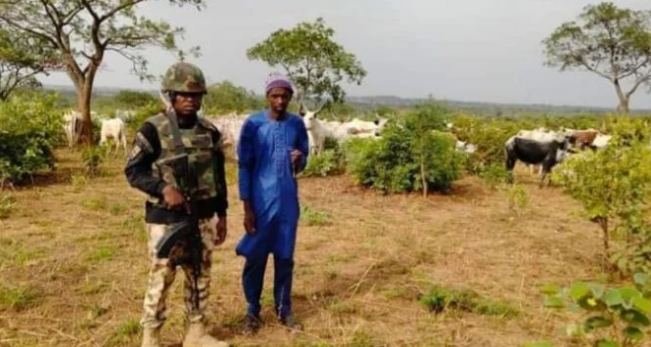 Two herders have been rescued following an attack by gunmen in Mabuhu village of Zangon Kataf LGA in Kaduna.

The herders, whose names are given as Zakariya Ahmadu and Abubakar Kofar, were rescued, alongside their 200 cattle, by troops of the Nigerian army under the auspices of operation safe haven in collaboration with the air force.

The duo were said to have been attacked while grazing their cattle in Mabuhu village.

The rescue of the herders was contained in the Kaduna security update for Thursday, signed by Samuel Aruwan, commissioner for internal security and home affairs.

In another development, the troops also rescued one Ibrahim Tafida along Gidan Waya-Jagindi road, Jema’a LGA, after bandits opened fire on his vehicle.

The troops also reportedly discovered the dead body of one Jafaru Isah in the bushes beside a river in Farin Hawan village, Jema’a LGA.

Speaking on the update, Nasir el-Rufai, governor of Kaduna, appreciated the troops for their efforts, and commiserated with Isah’s family.