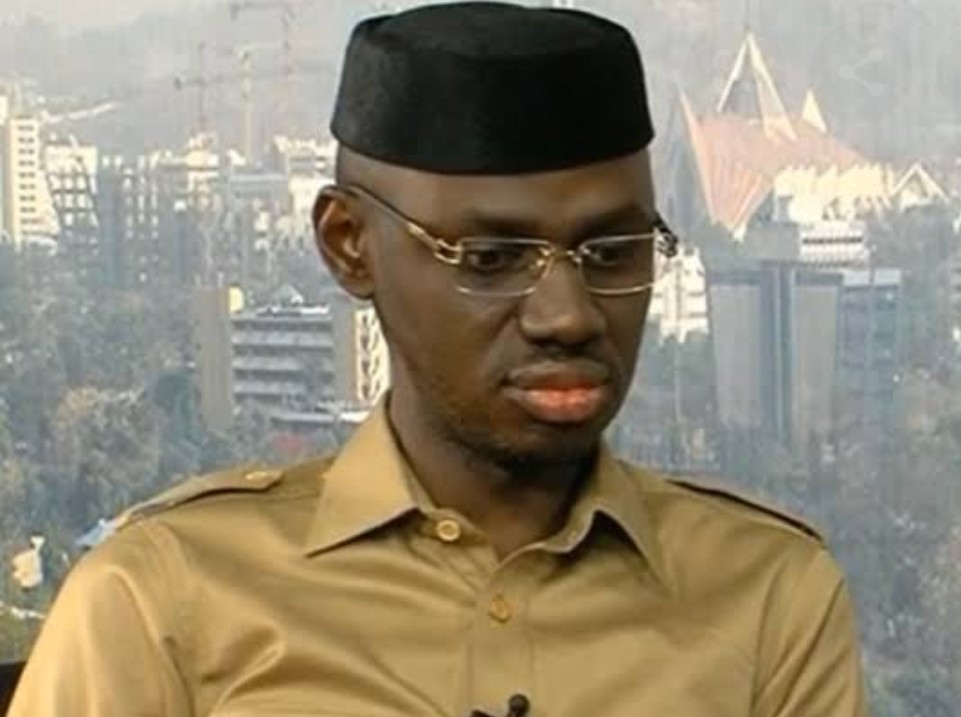 SAHARANEWS – A political activist and former Deputy National Publicity Secretary of the All Progressives Congress (APC), Comrade Timi Frank, Sunday, described the invasion of the Federal High Court Abuja, by agents of the Department of State Services (DSS) to re-arrest the #RevolutionNow Convener, Omoyele Sowore, as the implementation of General Muhammadu Buhari’s #NextLevel of dictatorship and impunity.

Frank who strongly condemned the gestapo attack and flagrant desecration of the nation’s Temple of Justice, urged Nigerians to be alarmed over the total disregard for the rule of law and fundamental human rights of Nigerians by the present administration.

He said what happened in court on Friday is a consummation of the complete annexation of both the legislature and the judiciary by Buhari-led executive.

“We have seen the hand picking of Presiding Officers for the ninth National Assembly. What further evidence do we need to conclude that this is total dictatorship and reign of impunity rather than democracy and rule of law?”

He said that Sowore’s ordeal represents the greater ordeal Nigerians have been facing since 2015 and will continue to face in the hands of Buhari.

He warned that the current push to pass the Social Media and Hate Speech Bills is a direct conspiracy between the executive and legislature to criminalize rightful dissent in the face of unlawful government practices.

“Why has the National Assembly not introduced a Bill to hang looters? They cannot do this because they know some of their members and those in the executive will be the first victims of such a law.

“They are after the common man on the street who may be dissatisfied with their dictatorial style and kleptomaniac tendencies,” Frank declared.

He wondered why the Presidency was quick to condemn the attack on the Minister of Transportation, Rotimi Amaechi in Spain but failed to condemn the renewed assault against the nation’s judiciary by the DSS.

He further wondered why the CJN and the AGF have failed to censure the unholy and brazen attack on a court of law.

“The invasion of Justice Ijeoma Ojukwu’s court and attempts to surreptitiously deal with the learned Justice for granting Sowore bail must be condemned by all,” he said

He accused Buhari of desperation to hang on to power at all cost even if it means the declaration of martial law and the total subjugation of the people.

“After the total pacification of Nigerians through the gagging of the media with the Hate Speech and Social Media laws, Nigeria will become a police state where inalienable freedoms will be completely suspended.

“The people are being bludgeoned into silence by security forces. Very soon it would be a silence of the grave, if care is not taken,” he warned.

He urged Nigerians to speak up or risk a worsened situation as the plot to grant Buhari a third term in office takes root.

“While US Senators have joined in helping to preserve democracy in Nigeria by their strong condemnation of the court invasion and re-arrest of Sowore by the DSS, our own ‘rubber stamp’ legislature has not deemed it fit to stand up for democracy in the country,” he lamented.

He also called on the United States and the European Union to prevail on China and other international financial institutions to stop granting loans to Nigeria which are being amassed by the present administration to finance an illegal third term bid.

“Lovers of democracy across the world must not keep silent and watch democracy in Nigeria go down the drain of dictatorship once again,” he said.

(VIDEO) Unbelievable, See What Boy Did To His Alleged Girlfriend For Cheating

INCASE YOU MISSED IT: Jubilations For Biafrans Worldwide As Nnamdi Kanu Finally Gives The Latest updates On Biafra Restoration Project