“Our Next Move Is UN, Biafra Is Closer Than You Can… 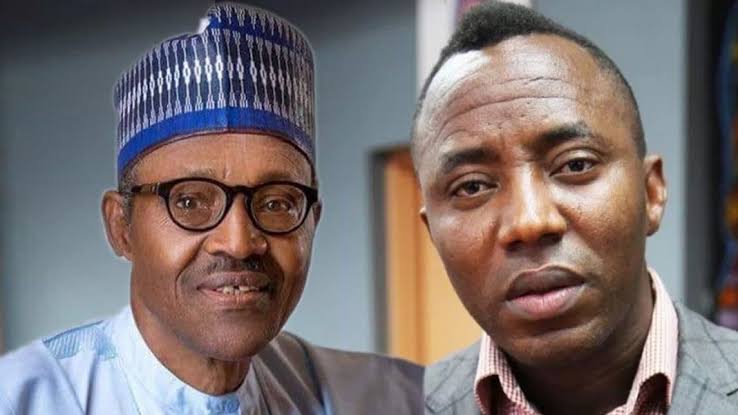 An operative of the Department of State Services, Rasheed Olawale, has told a Federal High Court sitting in Abuja that he was in the secondary school when he heard that President Muhammadu Buhari overthrew a democratically elected government of late Alhaji Shehu Shagari in 1983.

He added that there was no record of revolution in any part of the country on August 5, 2019, which led to the arrest of the human rights activist,

He disclosed these during cross-examination by the defence counsel, Femi Falana, at the resumed hearing of the case.

The DSS witness noted that there was no record of revolution in any part of the country on the said date.

Olawale told the court that he was part of the team which arrested Sowore on August 3, in Lagos State for allegedly planning a revolution protest to overthrow President Buhari.

He told the court that intelligence reports at their disposal revealed that Sowore was planning a revolution protest on August 5, 2019, but there was no violence or revolution on the said date.

Falana also asked the witness if he was aware that President Buhari led a coup to overthrow a democratically elected government of Shehu Shagari in 1983. The witness said he heard about it as a teenager during his secondary school days.

ALSO READ:  The Mysteries Behind Nnamdi Kanu’s Escape From State Planned Assassination By Nigerian Govt That Took Over 28 Lives

He also asked if he was aware that President Buhari had in 2011 called for a revolution but the witness said he could not recall and he was not aware.

When asked if he was aware that those who participated in the protest in Lagos, Ogun, Ondo and Cross Rivers states were charged for unlawful assembly at a Federal High Court in Lagos and they had since been discharged and acquitted, Olawale again denied the knowledge.

At the end of the cross-examination of the first prosecution witness, the court admitted his statement as evidence and marked as exhibit 1.

Meanwhile ruling on the application filed by the prosecution counsel, Bagudu Sani, seeking for protection of the witnesses, the trial judge, Ijeoma Ojukwu, held that only the defendants, legal representatives and accredited journalists be allowed inside the courtroom in the subsequent proceedings.
The judge noted that the number of people in the court would not exceed 20 in line with COVID-19 rules and social distancing.
The matter was therefore adjourned till January 25, February 4 and 5, 2021 by 1 pm.