Tension In Adamawa Community, 5 Killed In An Ongoing Ethnic…

Nnamdi Kanu Concludes Arrangements To Be Present For… 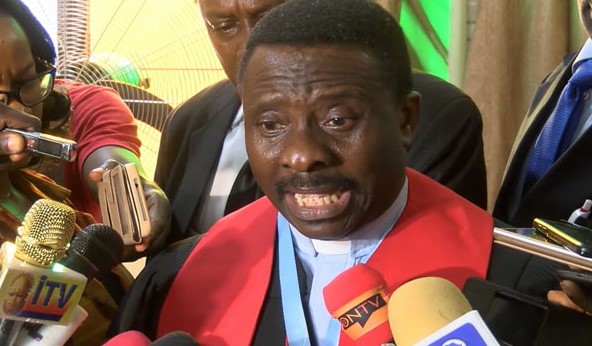 The Christian Association of Nigeria has called on the Department of State Services to stop playing politics with the security of the country.

SaharaReporters earlier reported how the DSS again issued a warning that some elements were plotting ethno-religious violence in parts of the country.

It noted that the masterminds were intent on exploiting the fault lines in the country to cause ethno-religious violence.

But in a statement on Wednesday, CAN called out the security agency for raising such alarms in the past without making any arrest.

The statement was issued through Adebayo Oladeji, Special Assistant on Media and Communication to CAN President, Samson Ayokunle.

It read: “We recall that the agency raised a similar alarm recently. But how many suspects have been arrested, detained and arraigned over the last ones? All the killings in the country have been happening without bringing those responsible to justice.

“CAN calls on those who are responsible for the security of lives and property of the people to wake up to their constitutional responsibilities.

“Sometimes, some suspects will be paraded before the camera but their prosecutions remain unknown. This doesn’t speak well of us as a nation. Terrorists, bandits, kidnappers and other criminals are not invincible and until they are being apprehended and successfully prosecuted, people will no longer have respect for those who are in charge of the security.”

Meanwhile, the Nigerian Supreme Council for Islamic Affairs has called on the DSS and other security agencies “to fish out these enemies of the state and deal with them according to the law.”

The Head, Media and Publicity, Ibrahim Aselemi, said this in a statement on Wednesday.

The statement reads partly, “We fervently appeal to these faceless yet-to-be identified persons planning to subvert public peace and order in the country to sheath their swords.

“On our part, we shall continue to advocate for respect for the religious beliefs of all and peaceful religious coexistence in Nigeria. We sincerely believe that we are greater together.

‌
“We hereby call on the security agencies, especially the DSS to fish out these enemies of the state and deal with them according to the law.”