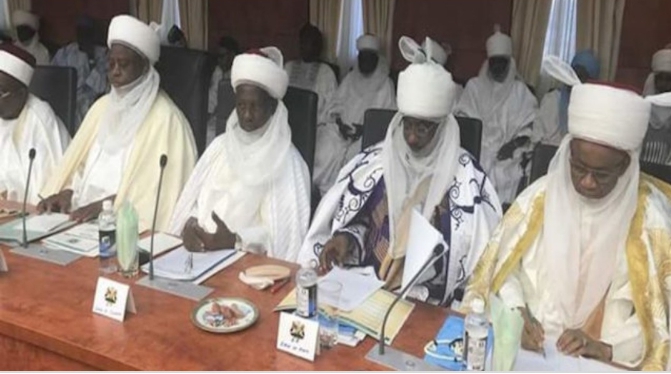 SAHARANEWS – The Northern Elders Forum has said that the North has never agitated for the breakup of the country, hence, it does not have any plan for it.

This is just as a member of Northern Elders Forum (NEF), Hakeem Baba-Ahmed expressed disappointment in the leadership style of Northern peoples who hold various political offices in the country.

According to him, “If you look at our population and what we have together is more than what anyone can hope for. So to try to destroy this is certainly a lose-lose situation. That is why we here in the North would never say we want to leave this country. “

His words “If you examine the situation, you would find out it is only in Northern Nigeria that there is no agitation for the breakup of this country”.

He said that the unity of the country is sacrosanct, adding that the North has been playing the role of encouraging the unity of Nigeria “That is why we are the root of this country. If the root is uprooted, the tree will not be there.

He then added that so we like to be patient, we like to encourage Nigerians to love their country to be united and tolerate one another. So that we can build a kind of country we like to build.”

He then advised Northerners to exercise patience in building the unity of the country, as they are the root of Nigeria’s unity.

It is Northern Nigeria that doesn’t have any specific plan of its own, in case Nigeria is divided. This means we have absolute confidence that being together is the best thing for all of us.”

Our responsibility is to exercise patience to make sure we guide this country to the kind of unity and progress we need to develop into a better country and even become a nation-state,” Mr Tofa said.

A member of Northern Elders Forum (NEF), Hakeem Baba-Ahmed expressed disappointment in the leadership style of Northern peoples who hold various political offices in the country.

His words Northerners who hold different political positions had failed to address the region’s problems in areas considered to be of paramount importance for the region.

“We are disappointed with our northern leaders at all levels. We will be putting pressure on them to correct their mistakes of tackling the problem of insecurity, poor quality of education and health, the problem of economy among others.”

Alhaji Baba-Ahmed then charged northern governors to provide shelter for cattle headers in the zone to stop them from wandering about anyhow.

However, on the occasion, three regional coordinators for Northwest, Northeast and Northcentral geopolitical zones were inaugurated during the event.

“I Will Return To Nigeria Fully Prepared” – Nnamdi Kanu