BRAKING: A team of US Doctors releases forensic evidences on… 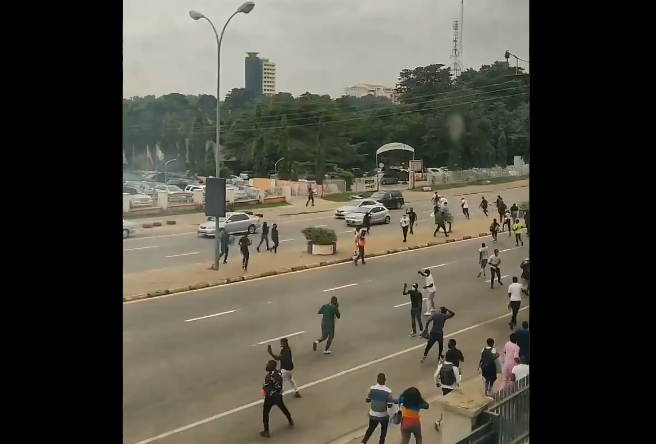 Men of the Nigeria Police Force, in its bid to stop the agitation of scrapping the Special Anti-Robbery Squad, dispersed #ENDSARS protesters with tear gas in Abuja today.

Nigerian youths in Abuja, just like it was done in Lagos, Imo, Kwara State and other major cities across the country, stormed the federal capital city on Friday to protest against the illegality and unconstitutional activities of SARS operatives.

However, while carrying out the supposed peaceful protest, men of the police force reportedly teargassed the people and send them away from the exercise.

Watch the videos below

Meanwhile, a serial killer, identified as Gracious David-West has been sentenced to death by hanging by the Rivers State High Court sitting in Port Harcourt for multiple murder of several females in hotels in different parts of the state.

BREAKING:FG Has Ordered the Stoppage of University Workers Salaries who is Not Enrolled On IPPIS