WARNING:Protect Igbo Communities In Benue Or ESN Will Move…

Tension In Delta Community As Angry youths Reacts To The Killing Of Vigilante Leaders By Herdsmen, Storms Fulani settlement 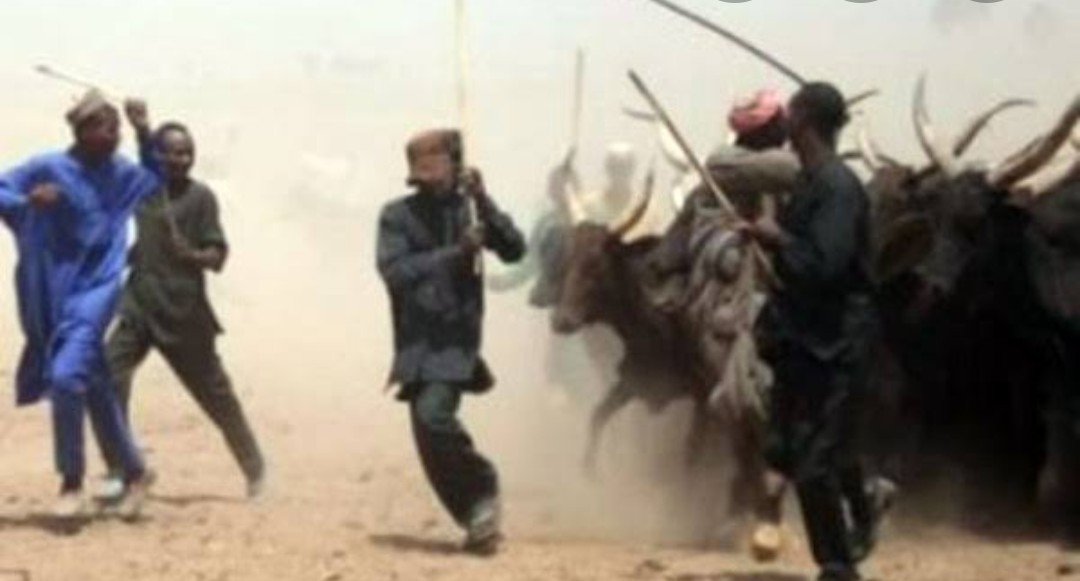 SAHARANEWS – A Fulani settlement in Obodogba community of Okpanam town, Oshimili North Local Government Area of Delta State has been razed by irate youths from the town.

The razing of the settlement, SaharaNews learnt, was in retaliation to the killing of two persons including the leader of Okpanam local vigilance group by gunmen.

According to the report The vigilante members had stormed the bush in search of a woman and her daughter who were kidnapped from their home in Okpanam, when they were ambushed by gunmen who opened fire killing two and injuring another in the process.

Peeved the killing, youths of the town who accused Fulani herdsmen for incessant attacks, killings and kidnappings, mobilised and stormed the camp of the herdsmen to raze the small huts, killed one cow and destroyed other property.

The irate mob was said to have stormed the settlement when Fulani men were in the field tending their cows.

They met defenceless women, some of whom alleged that they were abused after their children ran into the bush for safety.

Leader of the Fulani settlement, Abubakar Haruna alleged that the irate mob also carted away their money from their homes before setting the structures ablaze.

Haruna said none of their members has ever be involved in any crime, adding that they properly negotiated with Okpanam community before the land, which is located in the interior, was released to them for an undisclosed amount.

He appealed to the state government to come to their aid, lamenting that they have been exposed to insecurity and the elements of weather.