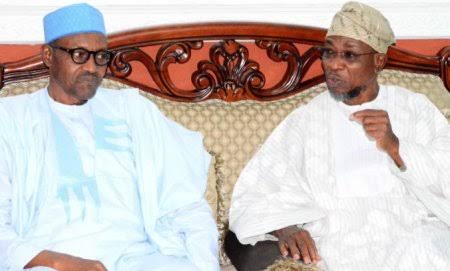 There is anxiety in the Nigerian Immigration Service, Nigeria Security Civil and Defence Corps, and Nigerian Correctional Service as the President Muhammadu Buhari-led administration is planning another tenure elongation for the heads of the paramilitary agencies.

SaharaReporters learnt that the Minister of Interior, Rauf Aregbesola, is at the heart of the plan to keep the leaders of the agencies in power, despite the initial elongation given to them in 2019 and 2020.

The Comptroller-General of NIS, Muhammad Babandede, is currently the longest-serving top officer of the agency, after joining the service in June 1985.

He has already spent 35 years in service and hails from Jigawa State.

While for the Controller-General of Nigeria Correctional Service, Jaafaru Ahmed, his tenure was already extended by one year from July 21, 2019 to July 21, 2020, a decision which caused some displeasure among the top officers of the service.

Ahmed turned 60 in 2019, and has also reached the mandatory 35 years in service in 2020. After the one year, Ahmed’s tenure was again extended by the Minister of Interior, Aregbesola, for an additional six months.

For the Nigeria Security and Civil Defence Corps, Abdullahi Gana was appointed as the Commandant–General in July 2015. His tenure expired in July 2020, and was granted a six-month extension, which should end in January 2021.

It was learnt that there is no move at the moment by the Ministry of Interior to get Gana’s replacement.

“The continuous tenure elongation is not ideal for our services. The top officers cannot aspire and there is no fresh idea or fresh blood to take charge of affairs. It is not good for career development. This government has stagnated the career development of well-meaning and innovative officers,” a source lamented.

“The Chief Executive Officers have exceeded the mandatory ages and years in the services and they had their tenures extended last year by the Minister of Interior. They are likely to have another extension unless there is pressure,” another source added.

SaharaReporters learnt that Aregbesola, who is the Chairman of the Civil Defence, Correctional, Fire and Immigration Services Board, is planning to recommend a further extension of the tenures of the officers, a move which is causing disquiet and tension in the agencies.