Yoruba Nation agitators to rally in United States for Nnamdi…

Doctors to embark on indefinite nationwide strike in Nigeria 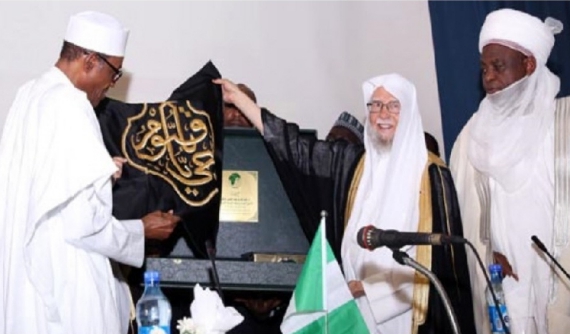 SAHARANEWS – The Islamization Agenda In Nigeria Is Real And Has Already Been Achieved!

Each time I hear people say there is a plan to Islamize Nigeria, I laugh it out as an impossibility, nobody can Islamize Nigeria, it is simply not possible. But I have been wrong. It has already happened because we misunderstood the whole idea and had a misconception about the agenda.

The Islamization agenda was clearly misunderstood by many Nigerians, including CAN. The idea was never to impose Islam on other parts of Nigeria. It was never a religious war or imposition. It was a simple political strategy that has already been achieved. The agenda as I now know it, is to have Northern Muslims in management positions in EVERY institution of Nigeria, including regional and state institutions that requires no federal character consideration. This way, the Muslim community of Nigeria will have their eyes, mouths and ears in every part of the country, including areas with insignificant Muslim population. It will give them some sort of security and assurance and subtle control and privileged ethnic information about any part of the country.

NDDC for example is not a national institution, in the true sense of it, it is not even funded by the federal government, it is a regional institution. Islam is not one of the major religions in the Niger Delta. But there is a Muslim on the NDDC board. This Muslim is not an Ijaw Muslim or Ondo Yoruba Muslim, he is Fulani Muslim.

There is also a commission called HYPREP under the federal Ministry of Environment, it was set up under the PDP administration to manage the clean up of Ogoni land. There is also a Northern Muslim on that board and by extension, there are Northern Muslim workers in that Commission doing daily office work. They earned their employment simply because they are Muslims. It is difficult for an Urhobo or Ijaw or Ikwerre man to get a job in that commission, but northern Muslims work there! The commission was established for the Ogonis.

In few months time, that commission will be awarding contracts for the clean up of Ogoniland, I can vouch that about 40% of the companies that will get the contracts will either be owned by Northern Muslims or fronting for them.

One of the advantages of the Islamization Agenda is that Northern Muslims now have undue advantage and opportunity in every part of the country and in every institution too. From NIMASA to NPA, NNPC, Regional Basin Development Agencies, and you name more, even in southern states owned universities and state government houses.

In every strategic position/department like procurement and finance, a Northern Muslim must be represented. It is a strategic agenda.

Remember, in Nigeria, there are Yoruba Muslims, Ijaw Muslims, Igbo Muslims and so n. When I say Muslim, I do not refer to this category, I refer to core Hausa/Fulani Muslims. You will not find a Yoruba or Ijaw Muslim occupying any of these positions.

If CAN thinks the Islamization agenda is a forceful imposition of Islam on the rest of Nigeria, then it is still sleeping.

To the best of my knowledge, Nigeria has already been Islamized. Go to the institutions and localities of Nigeria and see for yourself.

The first phase is complete. I am not sure what the second phase would look like.

PHOTO NEWS: Fulanization Of Nigeria, Which Of These Buharis Are We Talking About In Nigeria? – See Photos