INCASE YOU MISSED IT: Mazi Nnamdi Kanu’s Hot And Spicy…

I am Not Happy With The Club, Allow Me To Leave… 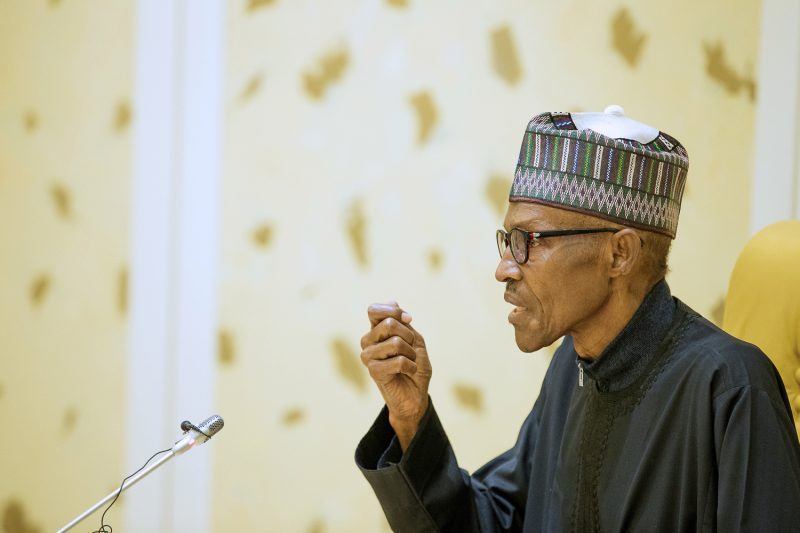 Ageing Robert Mugabe exhibiting the senility and imbecilities of some old people stubbornly refused to leave office even after 80 as his country headed into economic abyss and destruction.

Eventually, the people who hitherto had allowed him to have his way had enough. He is now spending the rest of his days in quiet obscurity. That is a typical African leader for you. They don’t care if the nation is in ruins as long as they cling to power at all costs. President Buhari attends Extra Ordinary Meeting of Lake Chad Basin in Abuja on 15th Dec 2018 Buhari has been of great service to Nigeria, says Jonathan Obviously, another appeal to Buhari to step aside and set the Nigerian economy free will be amount to a waste of time and ink. One might as well go and talk to a wall.

Yet all the evidence point to the fact that under the present President Nigeria will never reverse the trend to increasing poverty and pervasive deprivation. Readers should forgive me if some of the evidence provided had been offered before for consumption. New ones will be added now which reinforce the old one to prove beyond reasonable doubt that a vote for Buhari in 2019 can be likened to delivering a death sentence on millions of Nigerians. Incidentally, the lucky ones die quickly.

The most unfortunate are those forced to live in the hell on earth that will follow such a choice. “The child was diseased at birth, stricken with a hereditary ill that only the most vital men are able to shake-off. I mean poverty; the most deadly and prevalent of all diseases.” Eugene O’Neill, 1885-1953. (VBQ p 194). At least 60 million Nigerian kids are among the 87 million now said to be living in poverty. By this time next year, under Buhari, our country would have added at least five million more people to the masses burden by destitution of the basic needs of human beings.

Three million will be young people under 15 years old. Buhari does not care because there is no credible programme put forward by the Federal Government to address the disaster in a meaningful way. Forget the Social Investment Programme, SIP. That is a fraud. And, as it is managed, it will enrich a few government officials without making a dent on the lives of poor people.

The only credible programme which has any chance of improving the lives of poor people is one anchored on employment and massive job creation. SIP is a give-away programme which gives recipients fish but does not teach them how to fish and become self-reliant. “Investment flows into economy dropped by $2.66bn in Q3” – NBS. That was the title of a report by a national newspaper on December 12, 2018. That cannot be regarded as fake news by even the most die-hard supporter of Buhari because the National Bureau of Statistics, NBS, which released it is an FG agency.

There was a lot of bad news in that report – enough to provide a glimpse of what to expect in 2019 – if Buhari remains in charge of our economy. Compared to the second quarter, Q2, when investment flows were $5.51bn, only $2.85bn came in. Bearing in mind that $5.51bn barely caused a ripple in the economy, $2.85bn might amount to “pissing in a lake”. But, it represents almost half, 48.21 per cent, of what the nation attracted in Q2 of 2018. However, a closer look reveals that 60.5 per cent was received through portfolio investment or “fly-by-night” investment which is short term investment creating very few jobs and reducing poverty. Portfolio investment only benefits those operating in the capital market – the wealthy, the rich and the middle class shareholders.

The poor see none of the money. The sort of investment which creates jobs includes those in manufacturing, agriculture and agro-allied industries and in building infrastructure — roads, power plants, transport etc. They constitute longer lasting investment programmes suggesting confidence in the Nigerian economy. Very little of that sort of investment came arrived in Q3. The reason is not hard to discover. Foreigners have little faith in the Nigerian economy and its policymakers. They have their reasons. Global economic competitiveness hinges on fast learning and adoption of good practices. Nations whose governments are slow to learn and adapt to new challenges are invariably left behind. The Nigerian government, under Buhari, has not only demonstrated incompetence in the management of the economy, it has repeated the same mistakes over and over again. Two examples will be sufficient for now.

They are the familiar ones unfortunately. As you are reading this article, the FG has not yet sent the 2019 Budget to the National Assembly, NASS, for consideration. When eventually delivered, it might arrive at the NASS when the members have departed for the Yuletide holidays. That will probably last until the second week in January. That is when it will be sent to the various committees of the two chambers. Most probably, most of the members will be out campaigning. Delays are bound to occur. Even the President, Vice President and Ministers will not pay attention to the appropriation bill the Executive branch put up for approval. It will amount to a minor miracle if the budget is passed before May and that is only because the NASS must retire in May. Otherwise, Nigerians and other stakeholders – including foreign investors — might not know what the budget for2019 will look like. The last thing investors want is absolute uncertainty. So, we can expect more decline in inflow of investment in Q4 this year.

The entire blame for this should be laid at the door step of President Buhari. The man is the one holding us back now and he does not even realise it. “Ignorance is bliss”; but that is for the ignorant person. It might be hell for others who cannot escape from his grip. Nigeria is now spending more of its revenue on debt repayment than on infrastructure. More of our funds are going out to pay foreigners than to lay the groundwork for future economic growth. The Ministry of Transportation, which started out with great promise to deliver two rail systems by 2017 has shifted the delivery date on both. Even the new dates are obviously unattainable. No blade of grass has been disturbed where the Lagos-Ijebu-Ore-Benin-Warri-Onne coastal line is supposed to pass through. No new date has been announced for that one.

That is “officialise” language – trope of words promising nothing. It is doubtful if the rail line will ever be built even if Buhari presides for a thousand years. The man has not succeeded in completing any project and will probably have no results to show as long as he surrounds himself with non-performers and excuse-givers. Sadly, Nigerians and historians in the future might look on the Buhari years and wonder if the Dark Ages include those years. Minister Babatunde Fashola must by now have run out of explanations for the failure of the power sector to move an inch forward under him. All economies grow on power and rapid economic development means incremental additions to the power generation. Nigeria must appear like a joke to the whole world for aspiring to top 20 status with less than 5000MW power distributed everyday.

That is less than what a small town in the US consumes regularly and without interruption. Certainly, a vote for Buhari and his government must be construed as vote for more poverty. The choice is ours.