Under that man in Aso Rock , Nigeria Awaits Final Burial,… 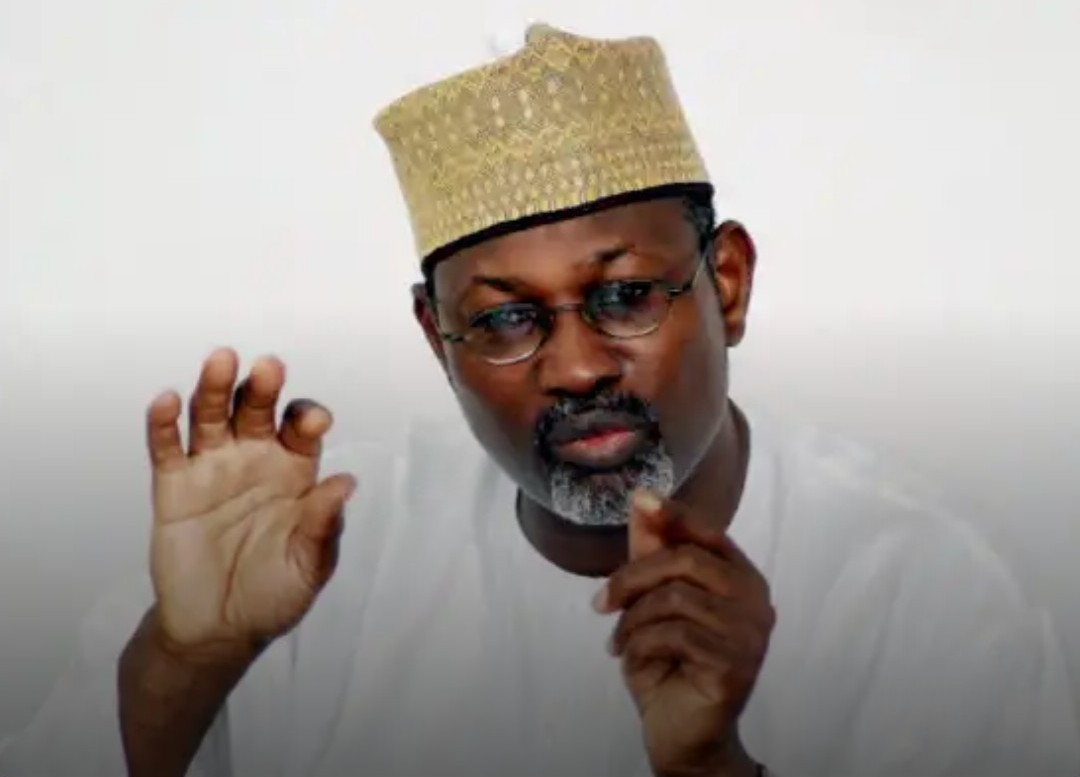 SAHARANEWS – former chairman of the Independent National Electoral Commission, Prof. Attahiru Jega, on Wednesday warned that if preventive measures were not taken, the prediction on the disintegration of Nigeria will come to pass.

Jega gave the warning on Wednesday in Abuja in a keynote address he delivered at a conference on ‘20 Years of Democracy’, organised by TELL magazine.

It had been predicted in the build-up to the 2015 General Elections that Nigeria would disintegrate.

The anticipated crisis was however averted when former President Goodluck Jonathan readily accepted his loss to President Muhammadu Buhari.

“The CIA thought that 2015 was the do-or-die period for Nigeria, that there would not be a Nigeria in the way you know after the 2015 General Elections. That has come and passed but I think if we do not take care, a lot of these predictions will come to pass. That is why we need to do quite a lot, much more than we have ever done in order to protect the integrity of the electoral process before 2023”, Jega said.

Jega also said the deployment of soldiers and other security operatives during elections was meant to address “systemic security challenges.”

Dignitaries at the event included the Chairman of PUNCH Nigeria Limited, Mrs Angela Emuwa; Publisher of The Source magazine, Comfort Obi; and a former Chief of Staff to ex-President Goodluck Jonathan, Mike Ogiadomhen.

Also at the event, the National Chairman of the All Progressives Congress, Adams Oshiomhole, took a swipe at those he called ethnic jingoists.

Jega said, “A lot has been said about the deployment of security during elections but we should recognise the fact that in Nigeria, we are faced with systemic security challenges. The presence of security is to ensure that the people have the peace of mind to come out to vote freely. The most important thing is to ensure that the security deployed is impartial and non-partisan. They should be professional in their conduct.”

He blamed low turnout of voters during elections on the lack of trust, saying many registered voters failed to vote.

According to him, although a lot of improvement has been seen in the past few years, there will be a possible reversal of fortunes in the 2023 elections if money bags continue the use of thugs and money to buy votes.

Meanwhile, the Editor-in-Chief of TELL magazine, Nosa Igiebor, disagreed with Oshiomhole over his remark at the event concerning former President Olusegun Obasanjo.

Oshiomhole had, with reference to Obasanjo, said, “It is unfortunate that a man in his 80s will say Nigeria may break up. Why do you want Nigeria to break up? Don’t you want your children to enjoy it? These are people who dismantled the regions, created additional states and gave us the current structure. Now, they are calling for restructuring. Who gave us the present structure? We must be careful of these tribalists, who cannot win elections in their own localities.”

But Igiebor rose in defence of Obasanjo, saying, “You can accuse Olusegun Obasanjo of anything but one thing you can’t say of him is that he is a tribalist. He is not an ethnic jingoist.”

Igiebor also warned that if the imperfections witnessed in 2019 were repeated in 2023, there would be no future for Nigeria.

The acting Chairman of the Economic and Financial Crimes Commission, Ibrahim Magu, represented by his Special Assistant (Media and Publicity), Tony Amokeodo, called on the media to hold leaders accountable on behalf of the people.

Magu said, “Let me use this platform to challenge the press to rise up to the occasion as they play their role as the Fourth Estate of the Realm. You must hold leaders accountable at all times. You must, above all, be responsible in the discharge of the delicate task placed on your shoulder.”

In his contribution, the Chairman of Air Peace, Allen Onyema, singled out ethnicity as the most potent factor militating against the growth and development of the country.

“I don’t care if all the key actors in government come from one place. What I am after is good governance. Democracy will never get to the level we want it to be if we continue to mouth ethnic nationalism. If we get Nigeria right, she will be better that the whole of Europe put together”, he stated