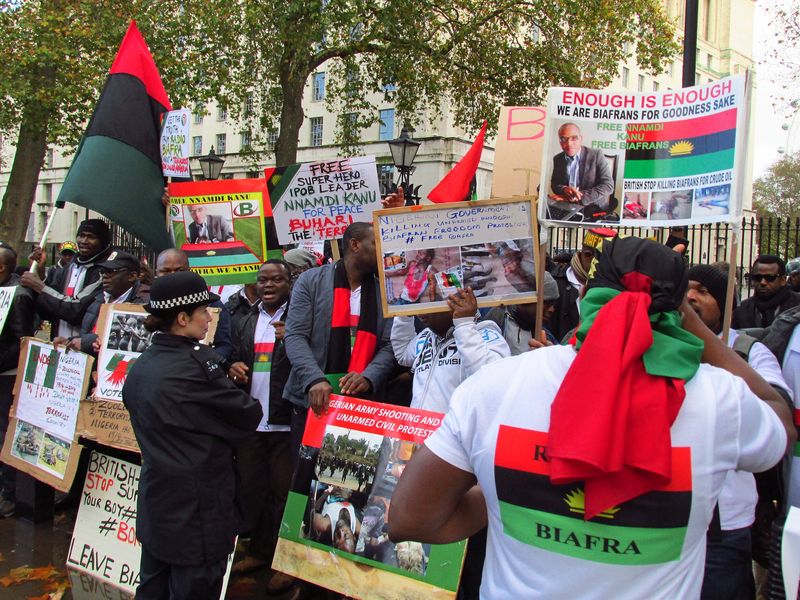 Uniquely, the Indigenous People of Biafra (IPOB), led by Mazi Nnamdi Kanu, has learned lessons from this very aspect of the Biafra restoration struggle.A lot of the issues that the struggle is facing right now are the result of mistakes that were made in the past.
However, we have absolutely learned from our mistakes.I have to say that every one of our mistakes has helped restore Biafra in one way or another.While planning for the future to prevent future problems from occurring, we approach each one with keen interest.In a similar vein, I am pleased that our zeal and determination to restore Biafra continue to triumph despite the significant difficulties we face on the path to freedom.Furthermore, Biafrans should comprehend that more issues are ahead;The road to liberty is fraught with internal and external complications, so don’t expect rosy fights for freedom or merrymaking along the way.You might be let down by your left hand, and when you turn to your right hand, it will be singing a different tune.Our spirit must never lose sight of our objective of liberating Biafra.The Nigerian government will never permit you to leave the forced union without fighting.They will arrive in a myriad of ways and employ a myriad of strategies to confuse this movement;The government will send agents to cause confusion at IPOB family meetings, for example, and they will never allow you to speak in unison.Because IPOB’s strength in establishing IPOB families around the world poses a significant threat to the British establishment (Nigeria).They will arrive in a variety of ways to cause confusion and force you to speak in various languages.You will never allow yourself to be used against this global family if you comprehend this.This time, I’ve spoken repeatedly across multiple platforms;The Nigerian government can use a genuine Biafran without the person’s knowledge.The proper inquiry should be, how?When you allow yourself to be used to hinder this movement’s efforts;Anything you do against the IPOB’s established authority—whether by argument or confrontation, blackmail, or other means—is automatically sabotage, and the government is using you to harm the IPOB freedom movement.It’s possible that you are a government agent or that you are being used to bid for the government without your permission.
Who is in charge of Nigeria?Although everyone is aware that the Nigerian government is fighting IPOB, not everyone is aware of how that fight is carried out.If you allow the government to use you, they will fight back through you.Yes, they can use you to oppose this noble cause by convincing you that you are acting in the right way, despite the fact that you are aware that the government is using you to oppose the freedom movement you are a part of.I can assure you that the government is using you against the Biafra restoration struggle without your knowledge if your actions are against the constituted authority of this struggle and if you have been deceived into thinking that the leadership of IPOB is the primary issue of the struggle.To put it another way, my brother and sister are being utilized by the government if you are being used to cause confusion within the IPOB family.A true Biafran who knows how the government responds will never allow anyone to use him or oppose this movement’s leadership, which is a major sin.If you have been the victim of any of these measures, I want you to think about it and realize that the government is using you to fight IPOB family and create confusion in IPOB.
Taking a wrong turn, reevaluating one’s actions, making necessary adjustments, and preparing for the future is still the most noble thing a person in this situation should do.
Gift for Family Writers Press International was written by Mazi Emeka.