BREAKING: Now Is The Time To Stop Buhari, I Have Compiled… 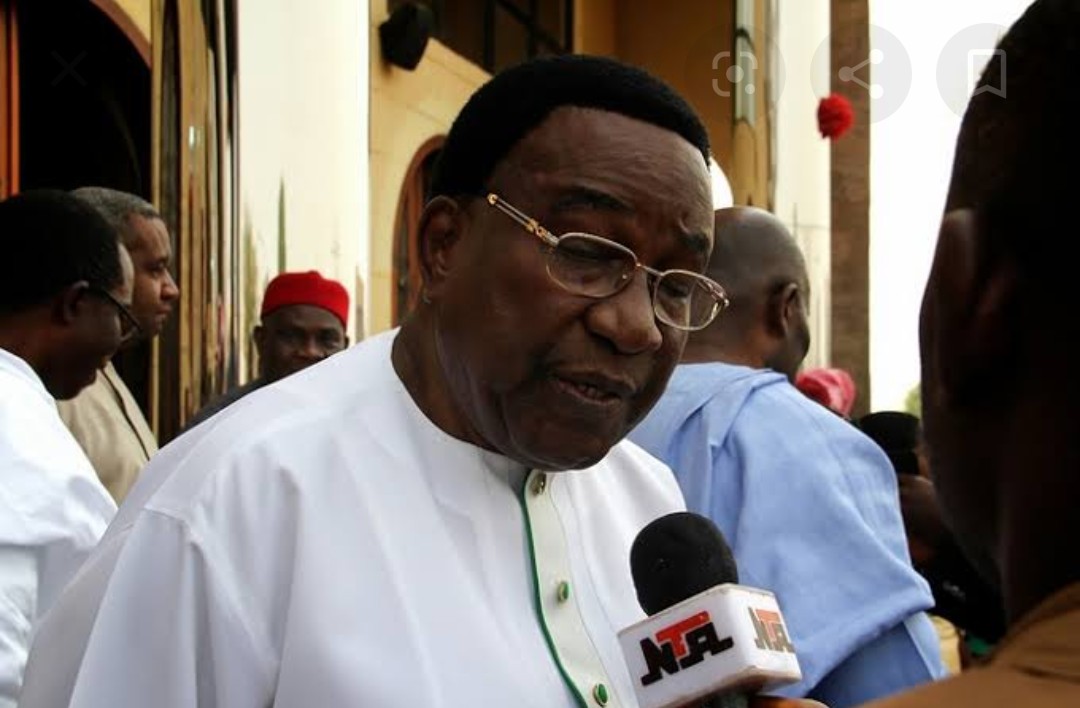 SAHARANEWS – Senator Jim Nwobodo is the former governor of old Anambra State in the Second Republic. He later represented Enugu East Senatorial District in the Senate. In this interview, he looked at the Nigerian state, agitation for 2023 presidency, saying that it is to early to be talking about 2023. He also spoke about his unpaid pension since 1983 and how Governor Ifeanyi Ugwuanyi of Enugu State came to his rescue. Excerpts:

You disclosed recently that you received your pension for the first time since you left office this year?

Yes. I left office as governor in 1983. Since then, I have received no dime as pension until few months back when God smiled on me through the kind act of the governor.

You were governor of old Enugu and Anambra states. So, which of the governor paid you the pension?

I was the governor of three states then. Old Anambra, Enugu and Ebonyi states. But it was the governor of Enugu State, Ifeanyi Ugwuanyi, that considered it worthy to asked me about my pension and followed it up with actions that culminated in the payment.

What was the reasons for the delay?

It was basically political. Though, states were later created, but that does not mean that things were not supposed to be properly done.

What about governors that came after you, did they collect theirs?

Yes. Many of them came into office, change the laws in their favour regarding pensions and other entitlements. Many of them have been drawing their pensions since them, and none of them bothered to remember me.

Did you make efforts to get the pension paid?

I did the little I could, but nothing happened. When they were not responding to my request, I backed down. However, at that level, I am not supposed to be chasing or writing letters to the governors for my pension and other entitlements. It’s supposed to come to me statutorily without any push or lobby.

There was court judgment recently that governors should not draw pension from the states. Are you comfortable with that?

But some states have initiated legal processes against the court judgment. For instance, Lagos State openly said they won’t obey that court judgment because it runs contrary to the constitution of the Federal Republic of Nigeria.

Agitations have been on now for political power to move to Southeast in 2023. What’s your take on that?

That is one of the problems with Nigeria. The second term of President Muhammadu Buhari has just started. It’s barely one year in office and people have begun political calculations for 2023. I am from the Southeast and we are not agitating as being reported in the media. Some people may be agitating, but definitely not the genuine people from Southeast.

When people are talking, look at their person, level of education, intelligence and calibre. That would help you in giving consideration to their statement. Our priority should be how to support the government to succeed for the good of Nigeria and not to distract the government with 2023 political calculations. You don’t waste your energy fighting for something you cannot control. People will decide when the time comes.

ALSO READ:  (VIDEO) See What Ambazoians Did To President Paul Biya In Paris

You mean it’s too early to start political calculations ahead of 2023 general elections?

It’s too early for that. The current administration is barely a year in office for four years tenure. Such could be political distractions that might affect smooth governance. I am a politician, and for some of us, these things are frivolous.

But politicians look forward to next election?

Yeah, but that’s too early. There are lots of off-seaaon elections that are part of this administration. We just had Kogi and Bayelsa elections. There are several other elections that are being contested in court, and many of them might be upturned or upheld. So, it’s unwise to start talking about 2023 elections now. Let’s pray to God to survive next years that would herald the 2023 general elections.

So you mean that the agitation for shift of political power to Southeast is needless?

No! It’s not needless, but the approach being used. We need to apply wisdom in the approach. However, the best way to achieve peace, unity and development is to be fair and just to all component of the country. Be fair to everybody. If I own something with you, and every time you threaten to take it, then there won’t be peace. We should constantly talk about unity, peace and development of Nigeria. That’s the way forward. I contested an election during my school days at Ibadan and won, in the spirit of one Nigeria. From all indications, that spirit of one Nigeria has left us long ago.

We are more divided in Nigeria today than ever before. It pains me so much that the united country our forefathers bequeathed to us has collapsed. I weep for this country. I seriously weep for this country and I mean what I am saying This is obviously not the kind of country we fought for. The media have a big role to generate discussions that would centre on peace, unity and development of Nigeria.

Unpatriotic politicians are the centre of this division. What’s the way forward?

One thing is instructive. Peace, unity and development would continue to elude us if justice is not served to the people. The country will continue to go down in all terms when the judiciary and other arms of government are compromised. There’s no rule of law in Nigeria today neither is there respect for the law.

Are you comfortable with the state of things in Nigeria today?

I don’t have answer to that question. You are obviously driving at something else and I don’t want to be involved in that.