BREAKING: Many killed as Fulani bandits detonate bomb in…

There is nothing like unknown gunmen, we know them — Umahi 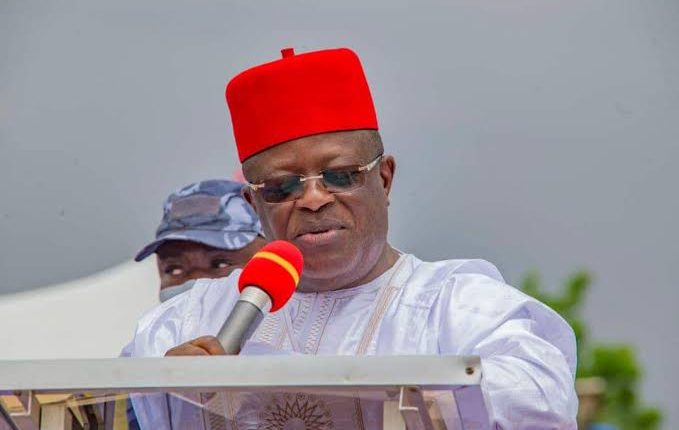 David Umahi, governor of Ebonyi state, says those behind the insecurity in the south-east are residents of the region.

The governor on Monday called on the people of the south-east to speak out against the spate of violence and attacks on security operatives in the region.

“No one can wage war in the south-east and our people especially the youths should rise and condemn such acts,” he said.

“There is nothing like unknown gunmen as those killing and the ones being killed are citizens of the zone.”

Umahi said security personnel who have dedicated their lives to protect the people do not deserve to be killed.

“I have directed the security agencies and the Ebubeagu security outfit to be on daily patrol across Ebonyi and flush out all unruly behaviour from the state,” he said.

“The police personnel killed inside the vehicle which plunged into a mining pit is another supreme sacrifice from security agencies.”

The governor also said any civil servant that is absent from work due to the sit-at-home order of the Indigenous People of Biafra (IPOB) would be sacked.

Despite IPOB suspending its sit-at-home order, markets, banks and other public institutions in the region were shut on Monday.

Reacting to the development, Umahi said any shop that fails to open on Mondays will lose its right of occupancy.

“I have therefore directed that any civil servant who is absent from work is automatically sacked and those absent in any of our construction sites would also be sacked,” he said.

“Any shop or stall in Ebonyi that does not open for business will lose its right of occupancy and I want this directive to be widely publicised.”

The governor said the economy of south-east zone will be destroyed if the sit-at-home order becomes a norm.