Patience Ozokwor: I Married At A Young Age; Endured… 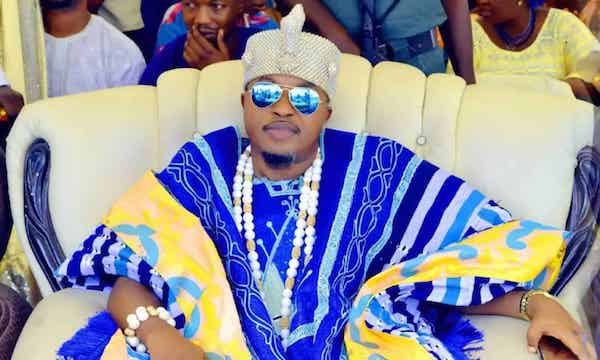 The paramount ruler of Iwo, Osun State, Oba Abdulrosheed Adewale Akanbi has said he will never be in support of Oduduwa Republic, accusing those agitating for it as enemies of Yorubaland.

Just like Biafra agitators are seeking a breakaway of the South-East from Nigeria, some Yoruba campaigners are also agitating for the secession of the South-West from the country.

Igboho had last Thursday, declared Yoruba as a separate nation and demanded the secession of South-West states from Nigeria.

During his declaration, the self-acclaimed activist said the major resources of Nigeria were in the hands of northerners, stressing that Yoruba people were being killed and their land taken over.

“If the police attack us for that, we are ready for them. We do not want Nigeria again but the Yoruba nation. There is no essence for one Nigeria when the major resources in the country are in the hands of the northerners.

“Enough is enough. There is no going back… We are not scared of anybody. These killer herders are taking over our land and they are killing our people,” Igboho said.
Speaking in a video sighted by SaharaReporters, Oluwo said the agenda was to prevent the South-West from producing the best presidential candidate in 2023.

“Those demanding the secession of South-West states from Nigeria are enemies of Yorubaland, they don’t want us to rule Nigeria, why are they coming out now that it’s the turn of a Yoruba man to be the next president? This is our turn, they said they want to fight, burn down Lagos again.

“Lagos that is still being developed. They said they want war and plan to destroy everything again. We won’t allow them, not now at all. Definitely, a Yoruba man will be Nigeria’s next President come 2023. There is nothing anybody can do against that,” he said.

Fadaka, Proposed Currency For Yoruba Nation Will Be Stronger Than US Dollar—Group