Threatening The North With IPOB Cannot Give You 2023 Presidency, It Only Proves You Don’t Believe In Nigeria – ACF To Ohanaeze 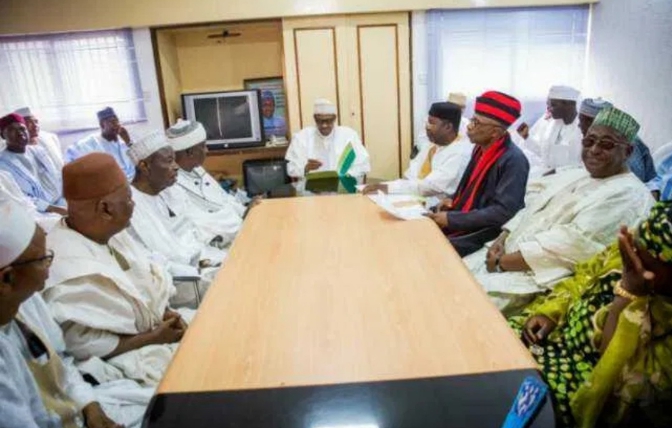 SAHARANEWS – The Secretary-General of the Arewa Consultative Forum, Mr Anthony Sani, has warned that using the Indigenous People of Biafra to threaten the North over the 2023 presidency will not help the cause of the Igbo to produce the President when the time comes.

Referring to a statement credited to a former Governor of Anambra State, Dr Chukwuemeka Ezeife, in an interview with a national newspaper where the elder statesman noted that Igbo people might embrace IPOB if denied the presidency in 2023, the ACF scribe argued that using IPOB to blackmail the region was unfair.

According to Sani, in an interview with newsmen, democracy is a contest of ideas and reasons and not a matter of threats and intimidation.

“I do not believe Ezeife could say what was reported. This is because he is too intelligent not to know that Nigeria practises multiparty democracy which allows political parties to present their candidates from any zone as part of their winning game plans.

“Ezeife also knows that there is no national consensus on rotation, power shift or zoning that is binding on political parties. That may explain why President Muhammadu Buhari contested with President Olusegun Obasanjo in 2003 despite the deliberate concession of the presidency to the South-West because of Chief (M.K.O.) Abiola. That is also why former President Goodluck Jonathan contested with Buhari in 2011 and 2015.

“If ex-President Jonathan had won in 2015, the South would have held sway for over 16 years in the nascent democracy. You may also note that in 2019, presidential candidates emerged from both the North and the South. What is more, democracy is a contest of ideas and reasons and not a matter of threat and intimidation.

“Worst of all, the feisty doctor is reported as using IPOB to blackmail the nation. This is most unfair, especially when regard is paid to the fact that the threats can convey an avoidable impression that some elders of the South-East still nurse some desire to split the country through IPOB.”

But in an interview with newsmen, Ezeife said the South-East would embrace persuasion to achieve its aspiration, adding that discussions were already ongoing with some groups in all parts of the country to achieve their aspiration.

“We are going to lobby every group; we would lobby from North to South, East to West. Some of us have started; one Revd. Obiora is foremost in this, he has started and he is in touch with some groups already. If we are not able to organise ourselves and 20 Igbo people come out to contest for the presidency, that will be our fault. But we want to ensure that we get in touch with the political players to organise themselves and ensure that they present themselves for Nigerians to see,” he said.