TINUBU’S BULLION VANS HOME DELIVERY: “We Received The Petition But The Leadership Of The Commission Is Not Interested” – EFCC Source 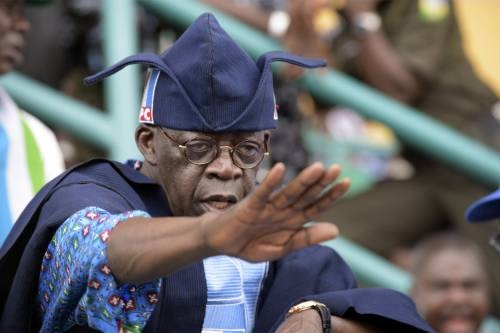 SAHARANEWS – A petition to the Economic and Financial Crimes Commission to investigate two bullion vans allegedly stashed with cash driving into the residence of the National Leader of the All Progressives Congress, Asiwaju Bola Tinubu, at Burdillion, Ikoyi, Lagos, on the eve of the February 2019 presidential election, is currently “lying fallow” at the office of the anti-graft agency, a reliable source in the commission has told our correspondent

The source, who disclosed that the petition is “just hanging somewhere”, added that there is no effort or desire by the leadership of the commission to consider the petition for its merit or lack of it at the moment.

Rights activist, Deji Adeyanju, had filed a formal petition demanding an investigation into the bullion vans in Tinubu’s house following claims by the commission that it could not act without a formal petition over the issue.

Adeyanju’s petition dated October 25, 2019, was addressed to the Acting Chairman of the anti-graft agency, Ibrahim Magu.

In the petition, he had reminded the commission of ‪Section 7 (1) (b) of the EFCC Establishment Act, 2004, which empowered it to investigate properties of any person whose lifestyle and extent of the properties are not justified by his source of income.

Adeyanju urged the anti-graft agency to accord the petition priority and begin an investigation into the appearance of those bullion vans in Tinubu’s house on the eve of the election.

But five days after the petition was received by the EFCC, SaharaReporters has now learnt that the commission has no interest in pursuing the investigation.

The source said, “There is a petition but it is just somewhere lying fallow. Maybe tomorrow it will be picked up but right now, there is nothing on it.”

Tinubu had moments after the bullion vans were seen entering his house told journalists that he can spend his wealth as he pleases, adding that he could dole out cash if he wanted to so long as it was not for vote inducement.

The All Progressives Congress had also dismissed the petition, demanding evidence to prove that the money was meant to induce voters.

The APC said, “Let them come up with the proof. The man is a private citizen and he has been out of government for the past 12 years.

“If he has decided to spend his money on his party, how is that a problem? Let them come up with a proof that somebody’s money is missing.”

The Money Laundering (Prohibition) Act (2003) law of Nigeria does not quite agree with the argument of the APC, however.

Section 1 (a) of the act clearly states that a private citizen can only have a maximum N5m at hand.

Following its failure to enforce this law against the high and mighty in the society, many Nigerians have accused the EFCC of selective prosecution.