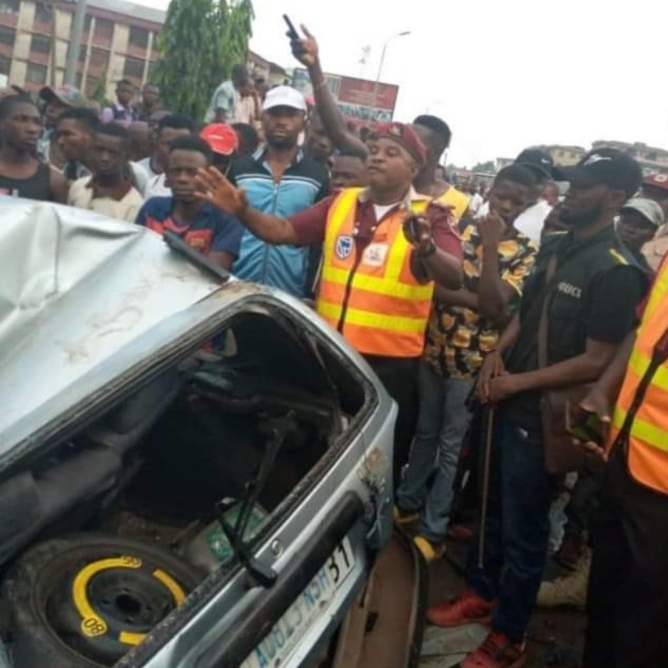 SAHARANEWS – FRSC in Anambra, Andrew Kumapayi, told the News Agency of Nigeria (NAN) in Awka that the accident occurred at about 8:30 a.m.

Onitsha, the commercial hub of Anambra State, has been witnessing tragedies week after week in recent times, especially at Upper Iweka, a hot spot in the city that is also home to many transport companies.

Last week, several lives were lost and properties worth billions were destroyed after a petrol tanker lost control in the Upper Iweka area.

He said the articulated vehicle lost control, due to bad spots along the road, making the containers to fall, damaging the car and causing injuries to the driver and a passerby.

“Two persons sustained injuries, the driver of the car and a woman passing by but no fatality was recorded.

“They have been taken to a nearby hospital and are responding to treatment,” the commander said.

Mr Kumapayi said that efforts were going on to clear the obstruction caused by the incident, to restore traffic flow on the highway.

He, however, advised motorists to always put their vehicles in good working condition and drive with caution to avoid loss of lives and property.