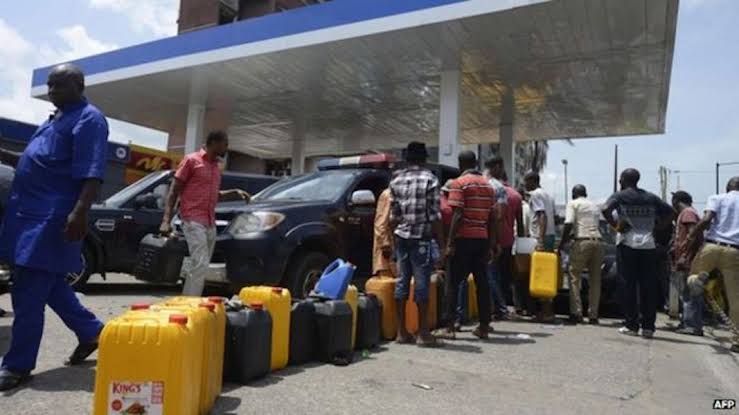 Petrol scarcity has hit Umuahia and Aba, the commercial nerve centre of Abia, leading to a sharp increase in price.

In Aba and Umuahia, filling stations sell petrol between N190 and N220 per litre. Major marketers, however, sell at the official pump price of N162, where the commodity is available.

Meanwhile, transport fares in Aba have shot up by about 100 per cent. A short trip in the metropolis by bus, which cost N50 per passenger, now costs N100.

From Osisioma, on the Aba-Port Harcourt Expressway, to any part of the metropolis, the fare went up from N100 to N150.

From Asannetu Market on the Aba end of the expressway into the metropolis by tricycle, the fare is N500 per passenger. It used to be N300.

Residents have decried the sudden hike of transport fares across the cities.

A resident, Onyinyechi Amarawuchi, stated, “This is unfair, and the government should intervene to restore normalcy in the supply of petrol to the state to put an end to the development. You know the price of commodities in the country, especially food items, has a direct link with the cost of transportation.”

ALSO READ:  I have a vision for united Nigeria and that is driving me crazy – Okorocha

A tricycle operator, Eugene Ohalete, explained that he bought petrol at N220 per litre.

“I hiked my fare because filling stations increased the price of petrol, and I cannot buy fuel for N220 or N250 and collect N50 as fare per commuter,” he reasoned. “How do you want me to service my tricycle, pay the owner, who gave it to me on hire purchase and still feed my family if I do not increase my fare?”

ALSO READ:  US VP Harris ‘Still Searching’ For Her Role

Many commuters, who could not afford the new fares, walked to their destinations, including distant places.

The scenario is not different in Umuahia, the state capital. There were long vehicular queues at some filling stations selling petrol at the official pump price.

How we spent N12.26 billion to feed school children in Niger State — FG