JUST IN: EFCC Denies The Alleged Seizure Of Saraki’s Houses…

“Nigeria Has Never Been In This Kind Of Security Mess… 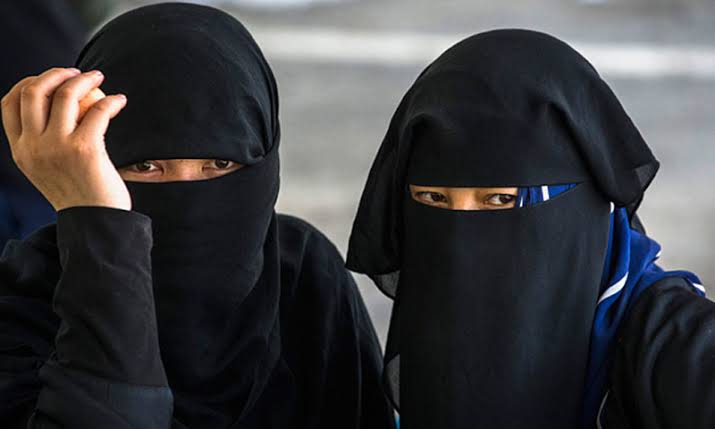 Femi Babafemi, NDLEA spokesperson, disclosed this in a statement on Wednesday.

Babafemi said the suspects; Chioma  Afam, 36, and Peace Chidinma Caleb were trying to smuggle 296,000 tablets of Diazepam and Exol-5 from Onitsha, Anambra state to Gombe state when they were intercepted by the agency.

He added that Chioma, known for using multiple names for her operation, was arrested with Chidinma who was wearing hijab as a cover for their activities, at Makurdi during the routine checks and profiling of inner vehicles into Benue state.

Babafemi also added that while searching their vehicle,  the agency discovered 43 kilograms of Diazepam and 33kg of Exol-5, both weighing 76 kilograms with a total of Two Hundred and Ninety-Six Thousand (296,000) tablets packed in four large “Ghana must go bags”.

“Chioma who uses multiple names such as Amina, Uzoamaka and Ifunaya to cover her criminal activities was arrested on Saturday 17th July 2021, along with the 22-year-old Peace Chidinma Caleb who also wears the hijab as a cover for her nefarious activities during routine checks and profiling of inward vehicles into Makurdi, the Benue state capital. Their vehicle coming from Onitsha, Anambra State was intercepted along Makurdi  Alliade road while heading to Gombe State via Makurdi,” Babafemi said.

“Search of their vehicle led to the discovery of 43 kilograms of Diazepam and 33kg of Exol-5, both weighing 76 kilograms with a total of Two Hundred and Ninety-Six Thousand (296,000) tablets packed in four large Ghana must go bags.

“Curiously, the two interstate drug traffickers have rebuffed efforts to take pictures with the exhibits without wearing their hijab.”

The DSS is acting like an office under an autocracy – Afenifere