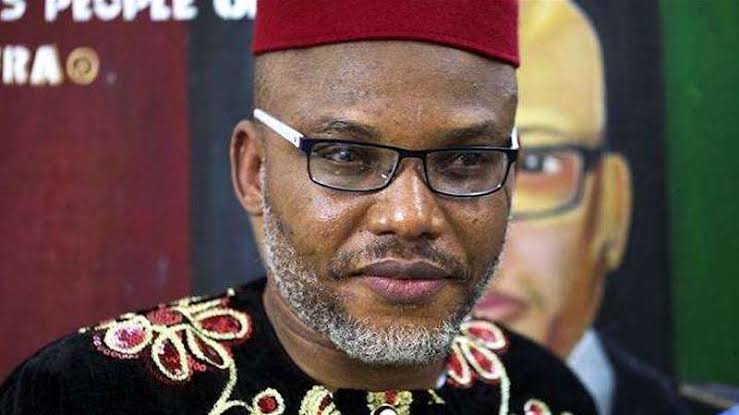 The United Kingdom (UK), yesterday, said it has requested consular access to the detained leader of the Indigenous People of Biafra (IPOB), Nnamdi Kanu, from the Nigerian government.

Head of Communications, British High Commission, Abuja, Dean Hurlock, stated this in response to enquiries regarding a statement by counsel to Kanu, Aloy Ejimakor, that the Department of State Services (DSS) has stopped Kanu from signing a letter for UK consular assistance.

Hurlock said: “The UK has requested consular access to Kanu from the Nigerian government. We stand ready to provide consular assistance to Kanu and his family in the UK.”

Kanu was alleged to have been intercepted in Kenya, arrested and brought back to the country on June 28, 2021, in continuation of his pending trial at an Abuja High Court.

ALSO READ:  Biafra: No going back on referendum — Northern Group

Attorney General and Minister of Justice, Abubakar Malami, alongside the Inspector General of Police, Usman Baba Ahmed, had, at a press briefing in Abuja, announced how Kanu was intercepted and brought to the country to face trial.

Ejimakor, counsel to the detained IPOB leader, had, in a statement in Abuja, yesterday, expressed concerns about what he called inordinate delay in having Kanu sign the two forms he had taken to the DSS for Kanu’s signature last Wednesday.

Ejimakor explained that the forms were to affirm his consent to consular and diplomatic interventions by the United Kingdom and its High Commission in Nigeria.

He said the forms were returned to him unsigned when he visited his client last Saturday.

He said the DSS also returned some Jewish prayer books and clothing that were taken to Kanu, saying he had to be the one to make the request through a certain department at the DSS that officially caters to his needs.

Ejimakor said blocking Kanu from signing the forms would not confer any legal advantage on the Federal Government on the case.

“Instead of any advantage, the refusal will help fuel the notion that the government of Nigeria is deliberately isolating Kanu from having consular and diplomatic access to the United Kingdom.

“It does not comport with the best traditions of fundamental fairness that a detainee is being denied access to resources that will assist him in his defence.

“This is one of the things that will count in our reckoning as this matter continues to unfold.

“For these reasons, I am now compelled to call on the British High Commission in Nigeria to banish every red tape and exert the full weight of its diplomatic clout in gaining immediate access to Kanu,” he said.