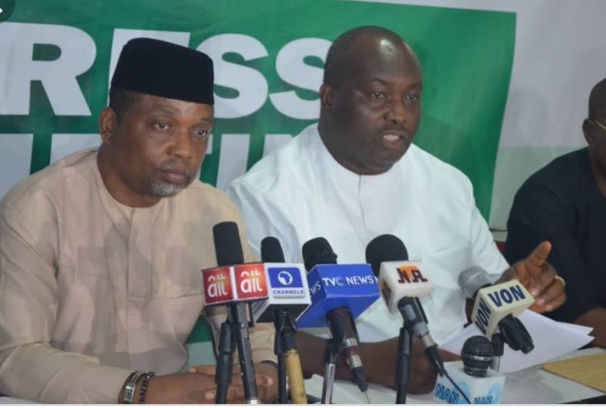 This is coming few days after the oil magnate denied plans to dump the party for the APC.

“I am not yet ready to defect from the YPP. I am still in the YPP. In party business, you can’t determine what would happen next. Sometimes you wake up and you will start seeing one problem or the other. For me today, I am in the YPP and I hope to remain in the party.

“The YPP is bringing a revolution of change to Nigeria. I must join a progressive group in the Senate since I cannot be alone. The YPP is the party to beat in this country. I won my election without the party having an office in any part of Anambra State,” Ubah had said at a press conference on Friday.

However, on Monday night, Comrade Adams Oshiomhole, National Chairman of the APC, announced Ubah’s defection at a meeting President Muhammadu Buhari had with APC Senators-elect in Aso Rock.

ALSO READ:  BREAKING:NLC shuts down CAC amidst resistance from TUC

SaharaNews reports that the meeting was to strategize on the zoning formula for the leadership positions in the incoming 9th Assembly, particularly the upper legislative chamber (Senate).