‘Ijaw Is Biafra, Not Niger-Delta, Not South-South’ — Ijaw… 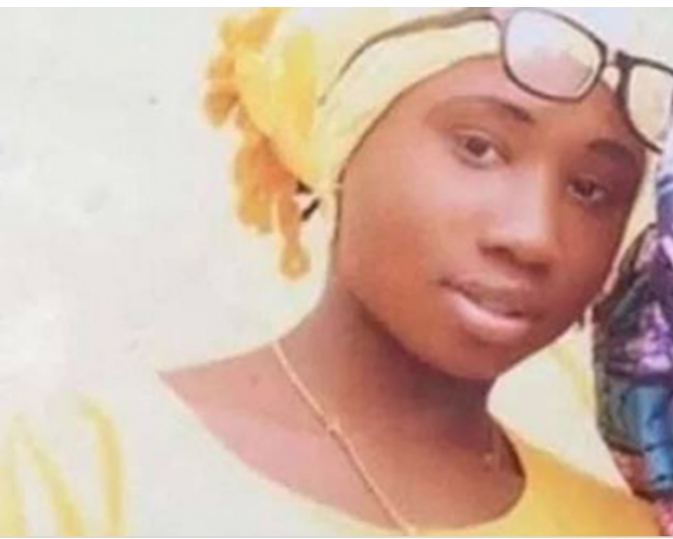 SAHARANEWS – The Senior Pastor of Awaiting The Second Coming Of Jesus Christ Gospel Church, Pastor Adewale Giwa has asked Nigerians to hold President Muhammadu Buhari, Vice President Prof Yemi Osinbajo and the leadership of the Christian Association of Nigeria, CAN, responsible if the rumour Leah Sharibu’s death turns out to be true.

A video emerged on Thursday, which content suggested that the Dapchi schoolgirl may have been slaughtered by her heartless Boko Haram captors.

The video released by Boko Haram had featured one Grace Taku, the aid worker kidnapped by the terrorists on July 18 who claimed that Shabiru has been killed.

ALSO READ:  BREAKING: Peter Obi Berates Amaechi For Comments On 2023 Presidency, Says, "You Are Too Politically Irrelevant To Speak On Such Matter" - See Video

Pastor Giwa said that “If it turns out to be true that Leah Shabiru has been murdered, her blood will cry out for vengeance.”

Miss Sharibu was among the 110 Dapchi schoolgirls kidnapped from Yobe State by the insurgents and the only Christian schoolgirl who was not released by the terrorists after the Federal Government negotiated the release of others.

Her school friends later told of how Leah Shabiru refused to deny her Christian faith.

He said, “One should have wondered why Professor Osinbajo is still in the cabinet of Buhari when Christians are being slaughtered like animals under his watch.

ALSO READ:  BREAKING: "If I Die And Go To Hell Fire, It Will Take A Long Time For Me To Realize That I Am No Longer In Nigeria" - ChallyBoy

“For what shall it profit a man, if he shall gain the whole world, and lose his own soul? I still do not want to believe the story that Shabiru has been killed. However, if it turns out to be true, Nigerian government has again demonstrated its incompetence and negligence to protect citizens of the country.

“Keep watch over yourselves and all the flock of which the Holy Spirit has made you overseers. Be shepherds of the church of God, which he bought with his own blood, Acts 20:28 says.

“Osinbajo is a Pastor, and he is also the one representing Christians in Buhari’s cabinet. It is painful that Christians are being killed and he has done nothing about it. By now, nobody should have told Professor Osinbajo to resign before doing so. Why?

“He reads and understands the word of God. If he had failed to watch over his people, what should be the line of action?”

UNBELIEVABLE: The Unexpected Happened When A Soldier Fired Gun into His Mouth To Test Bullet Charm – See Disturbing Video

BREAKING: Release El-Zakzaky To Us For Treatment – Iran Tells Nigeria